Welcome to the latest entry in our Bonus Round series, wherein we tell you all about the new Android games of the day that we couldn't get to during our regular news rounds. Consider this a quick update for the dedicated gamers who can't wait for our bi-weekly roundups, and don't want to wade through a whole day's worth of news just to get their pixelated fix. Today we've got a game version of a popular and hilarious music video, an interesting take on the vertical platformer, and a reversal of the old Donkey Kong standard. Without further ado:

This game got its start as a viral animated music video, oddly promoting train and subway safety for the municipal transport system in Melbourne, Australia. The mobile game is a bit late to the party, but you'll be able to re-enact some of the adorably gruesome deaths from the "Dumb Ways To Die" song and hopefully prevent them. It's a lot like Wario Ware: a string of very simple mini-games with a twisted sense of humor.

You've seen the video—now the lives of those adorably dumb characters are in your hands. Enjoy 15 hilarious mini-games as you attempt to collect all the charmingly dumb characters for your train station, achieve high scores and unlock the famous music video that started it all. From piranhas and platforms to snakes and level crossings—tap, swipe, and flick to safely escape a wide range of DUMB WAYS TO DIE.

Brave Bit fancies itself a "micro platformer," which is pretty much the same as a regular platformer except that the platforms wrap around vertically to make the stages fit better on a small screen. Move your featureless square around avoiding traps, jumping gaps, and solving puzzles, using the various switches and lights to your advantage. The full game is just a buck, but there's a free version as well if you want to try it out.

Brave Bit is a Challenging Die & Retry Micro Platformer, which would put your skills to the test. You simply need to navigate through the platforms, collect the Orbs one at a time in order to open up the Portal and advance through the levels whilst dodging the various hazardous objects which include Saws, Stompers, Cannons, Falling Spikes, Electric Fences, Machine Guns, Position Sensing Rockets, Spikes, Gears and Much More!!! 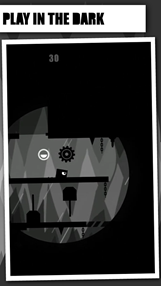 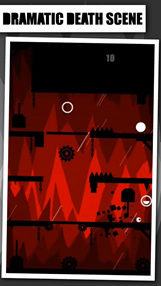 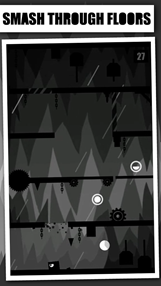 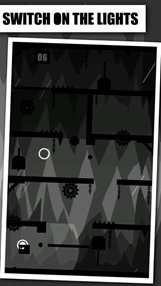 You're a yeti who finds the continued intrusion of mountain climbers abominable. So send those suckers tumbling down the hills with a selection of superpowers ranging from snowballs to sneezes. It's kind of like a reversal of the original Donkey Kong, where you play the enormous antagonist. Unfortunately it looks like Yeti On Furry (yes, Furry) is pretty heavy on the in-app purchases and social pushing.

Unleash the yeti’s fury on completely crazy climbers in a hilarious tower defense in 3D... and fur. Confront an onslaught of insane climbers - from the most stupid to the most vicious - all of whom have special tricks for reaching the top of the mountain: tunnels, ziplines, even teleporters! With simplified touch gameplay, use your incredible super powers to defend your lair from the climbers! Sneezing, triangle concert or the Yeti’s fist of vengeance: no holds barred! 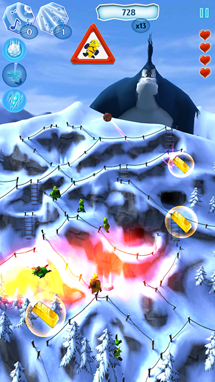 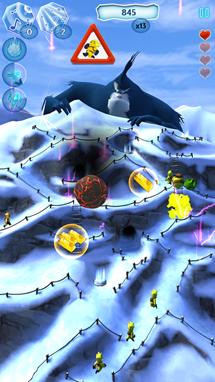 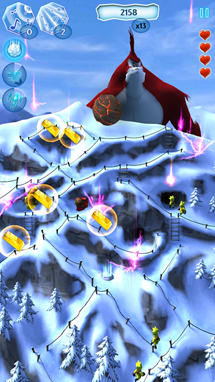 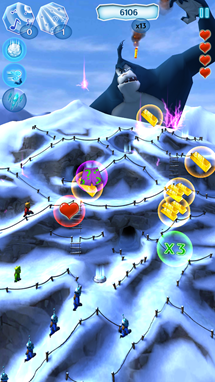 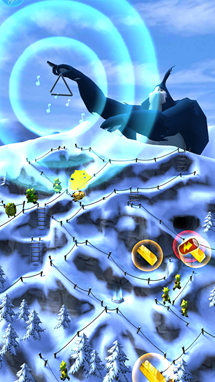 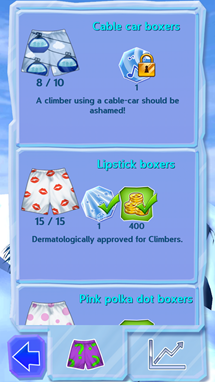 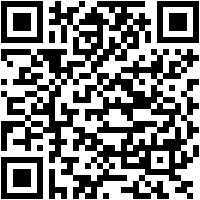 Verizon Expects New Nexus 7 To Get Certified For Its LTE Network At Some Point, No Timeframe ...

[New Game] Incredipede Is A Grotesquely Wonderful Physics Puzzler About A Metamorphosing Creepy ...