The refreshed Google Maps app is cool in a lot of ways, but it was a big change and we're still finding little tricks to make things smoother. Some users were annoyed that there is no longer a direct Navigation app icon, meaning more taps to actually start turn-by-turn navigation. There is a shortcut, though. 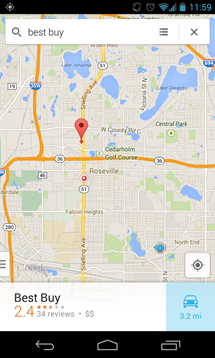 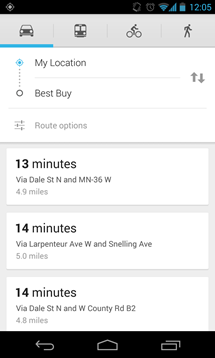 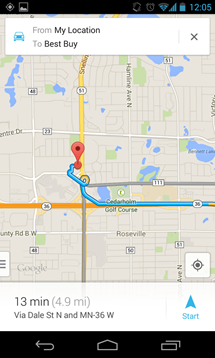 When you search for a location in Google Maps, there is an information bar at the bottom with the route button. If you press it, you are taken to the route selection screen, then after selecting a route, you get back to the Map. At that point the icon has changed to the Navigation arrow. Press it, and you're off. That's just a little tedious, though, isn't it? All you have to do to get right into Google Navigation from the original info bar is long-press on the route icon.

Do this, and the app will take the top route, then boot you directly into turn-by-turn. It's a lot faster than tapping through each screen, and it'll get you where you're going, provided you don't need to take a specific route. Just to be clear, this isn't new in 7.2 – it seems to have been added with the big 7.0 jump.

Beddit Is A Sleep Tracker That Sticks To Your Bed And Sends Data To Your Phone Via Bluetooth, ...