It is time to begin obsessively checking for updates on your 2013 Nexus 7. We're getting a number of reports of a system update to JSS15R hitting devices. Nevermind that there don't appear to be any user-facing changes, and it's only one letter away from the last minor update – this is new software and you must have it immediately, right? 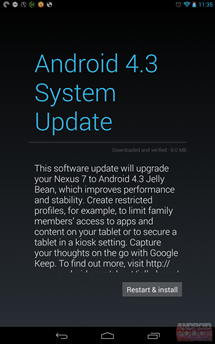 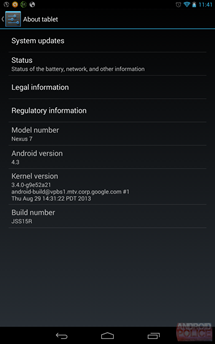 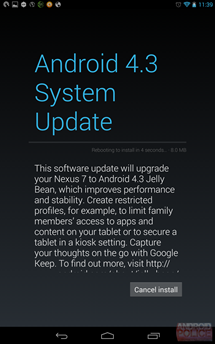 The update clocks in at a whopping 8MB. The update notification just rambles on about Android 4.3 features. We're probably looking at bug fixes or security updates in JSS15R. There were murmurs that the last update didn't quite solve that multitouch bug for all users, so maybe that's part of JSS15R.

We've reached out to Google to find out what's up with the update. This post will be updated if Mountain View sees fit to tell us anything at all.

Nexus 4 May Be Indefinitely 'Out Of Inventory' On Google Play

[Deal Alert] Amazon And Best Buy Offering Verizon HTC One For $49.99 With New Accounts And Upgrades