We see new email clients enter the Play Store all the time, so what sets Ark Mail apart? This app's claim to fame is its ability to pull up the social profiles of anyone who sends you an email. This process currently requires users to hop out of their email app, do a web search, and filter through results that may or may not show the correct person. Ark Mail brings this entire process in-app, and it boasts that it will pull up precisely the right contact. 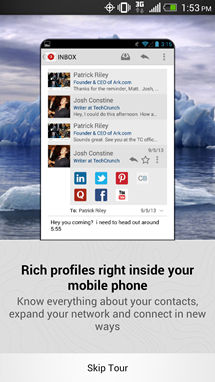 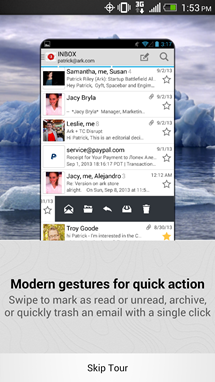 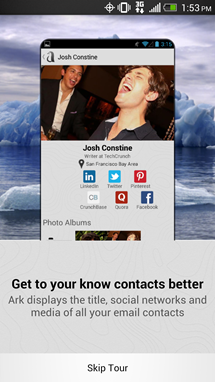 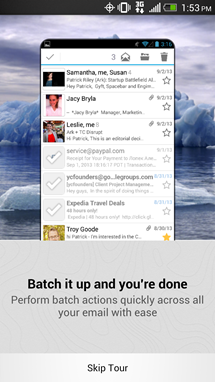 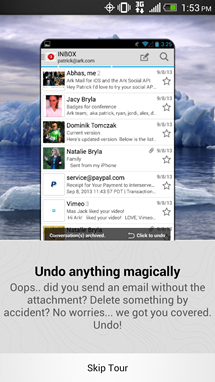 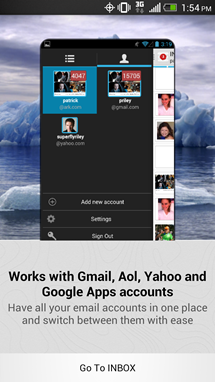 The highlight of Ark Mail isn't the app's functionality but the Ark Social API that powers it. See, Ark is a company that has developed a search engine centered around looking up real people and tying together the correct social profiles. While your Yahoo and Google search results may have a difficult time distinguishing between John Doe, 19, that lives in Atlanta and John Doe, 43, that works in Detroit, Ark can do this, and they need an app that can prove it. Ark Mail is intended to be that app. Unfortunately, it doesn't really succeed.

What's Wrong With It?

Ark Mail only places links to Twitter, Google+, LinkedIn, etc. in the contact field for those people who have made these accounts publicly available. It sounds obvious that this would be the case, but in practice, it means the contacts that are most likely to have social networks associated with them are the same contacts that are easy to find in a Google search. The people I communicate with via email typically have their Facebook privacy settings cranked up and don't even bother to use Twitter or Google+, so Ark Mail has nothing to report. 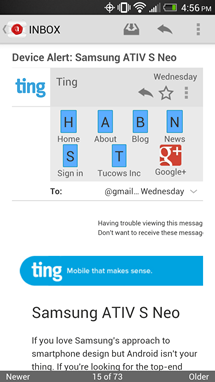 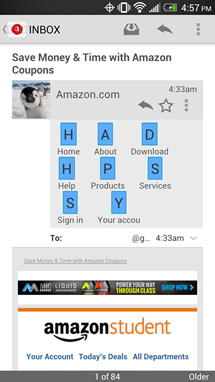 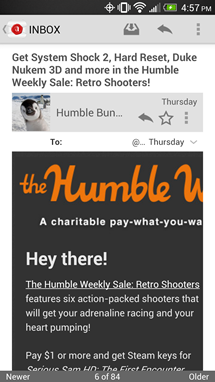 To compound the problem, the app does a poor job of pulling down information on companies. When I get emails from Ting and the Humble Bundle folks, I know both have social network accounts, but Ark Mail doesn't link to them. I know Ark only cares about people, not companies, but these accounts are so easy to find that Ark could throw these links up just for the sake of developing an app that feels complete. After all, the app already pulls down webpages for certain businesses. It just doesn't do so consistently, and there's no predicting which company's links it will display and which it will choose to ignore. 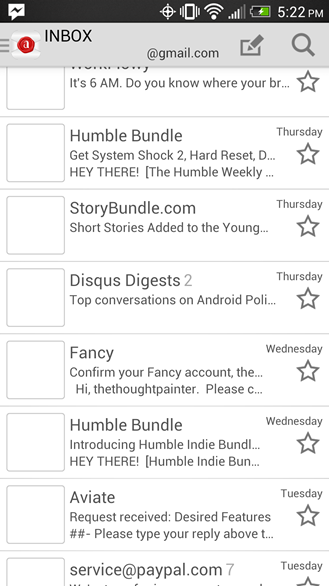 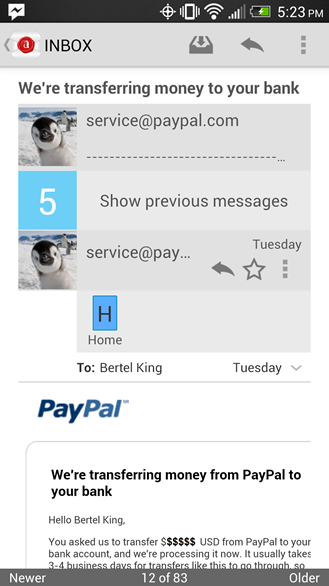 To make a bad situation worse, the interface just doesn't feel complete. Most emails don't have an associated picture, and sometimes a photo of a penguin appears in place of a blank avatar. I imagine this is a tongue-in-cheek reference to Ark's logo, but it's not immediately obvious, and it ultimately looks confusing. Furthermore, icons don't look appropriately spaced or well-designed, and each screen of the app just feels cluttered. The sidebar is the only part that felt polished in any meaningful way. 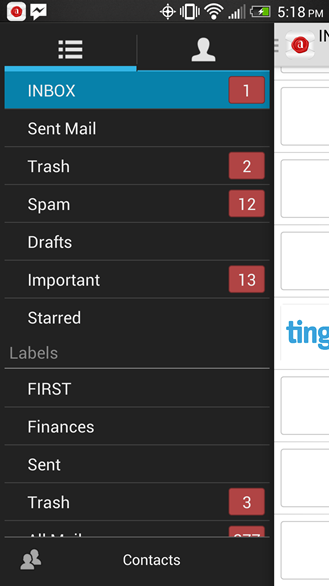 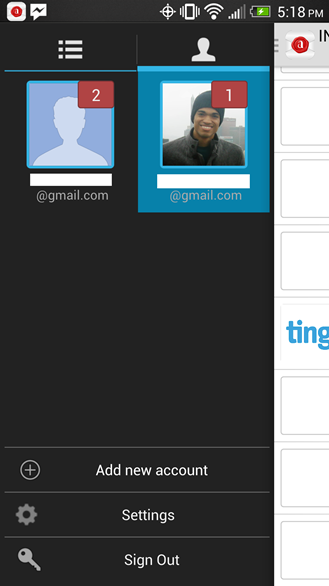 I've been pretty unforgiving thus far, but Ark Mail does have some redeeming qualities. It automatically detected and imported my Gmail accounts just fine. One nice feature is the ability to undo emails sent within the last ten seconds if you make a mistake, and there's basic gesture support for interacting with the items in your inbox.

But you won't really find any of this emphasized on Ark Mail's Play Store page. The focus here is on identifying people, and, quite frankly, I don't feel like it succeeds in doing so. If you want to see for yourself whether the app does a better job with the contacts in your inbox, it's available for free below - but I wouldn't recommend it to anyone but the curious.

What Looks Like A Drunken Rager Yields Awkward Photos And Videos Of The Next LG Nexus, Fixed ...