When Google launched the Android Device Manager in early August, I applauded the initiative because we finally got a much-needed security solution that was built into every Android devices that ships with Google's services. Rather, it was a good start, since the functionality was so limited: location, remote wipe, and alarm.

For the last two days, I've been digging around the new Google Play Services APK 3.2.64 that started rolling out to Android devices everywhere. If you remember, Google Play Services is the company's secret weapon to combat lack of device updates, as Google can push new functionality to everyone without the need for OS patches. Think of it as a collection of services and libraries that other apps can use.

Last time, such an update allowed us to detect the advent of the Android Device Manager four days early - the APK was detected around August 3rd while the Device Manager was launched on August 7th. This time, I suspect the same thing will happen, and we're on the verge of seeing a new much-needed feature: remote password changing and device locking.

After finding the changes in the APK, I switched my attention to the Android Device Manager's site and was able to dig up the messaging for the new functionality. Furthermore, I was able to roughly figure out the look for the new prompt. I'll start with that: 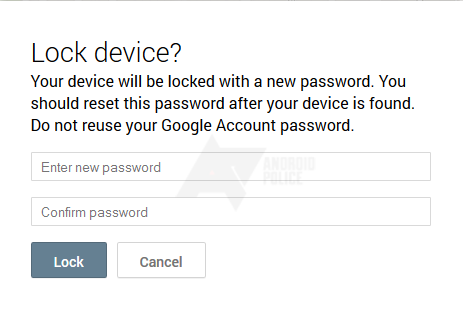 This makes the Device Manager instantly 100% more useful. Before, if your device was stolen, all you could do was attempt to track it or wipe all the data - there was no middle ground. Remote locking with a new password is the missing command you can issue immediately, while attempting to figure out exactly what happened. It would suck to wipe your device and then find out that your significant other borrowed it, wouldn't it? But at the same time, it's an added peace of mind to have while scrambling to collect your thoughts.

Oh, and you won't have to do anything to the Device Administrator functionality since, as we saw when Android Device Manager was launched, it already requested access to remote device locking and password resets: 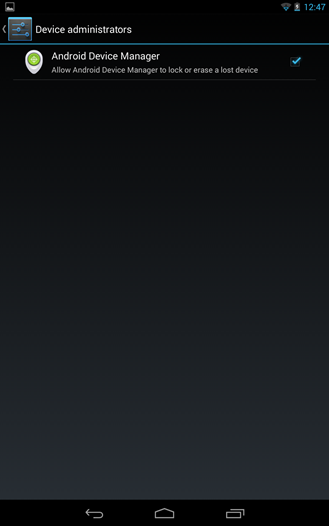 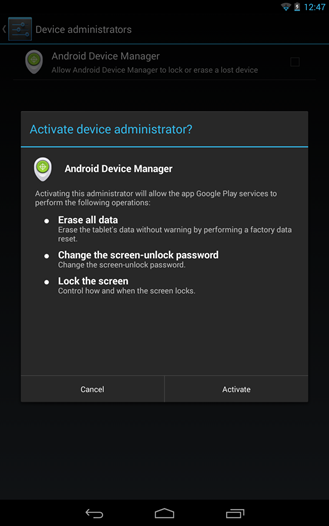 Here are some instances of the new locking functionality in the APK and the website.

These strings gained the "lock" parts in Google Play Services 3.2.64:

Under MdmDispatcherService, we now have new code that fires the lockNow() and resetPassword() functions, as long as the new password satisfies the password policies on the device (min number of characters, symbols, numbers, upper case letters, etc). Otherwise, an error is returned and the minimum requirements listed so you can adjust the new password accordingly.

I just love when all the pieces come together. I fully expect Google to announce and launch remote password changing and device locking as early as tomorrow or sometime later in the week.

Report: Sprint Prepares To JUMP On The EDGE Of The NEXT Bandwagon With "One Up" Yearly ...