Hexage has been creating some of the best games on Android since early in the platform's run. It has a distinct style that has evolved through the years as Android acquired more graphical prowess. That leads us to the newest Hexage title, Reaper. This is a 2D hack-and-slash RPG with a casual style of gameplay and a ton of pizazz. Unlike some previous Hexage games, this one is not free-to-play. You can try it out, but you've got to make a decision about buying the full version. Is a casual RPG worth owning forever?

Reaper does away with the more tedious, time-consuming aspects of role-playing games. Your inventory management is limited, quests only take a few minutes, and combat is pretty stripped down. At first it seems like Reaper is going to be too simple, but there's something truly compelling about a well-made casual RPG like this one. 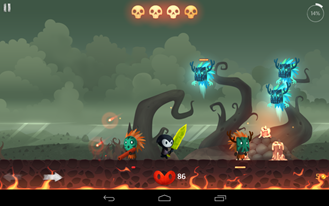 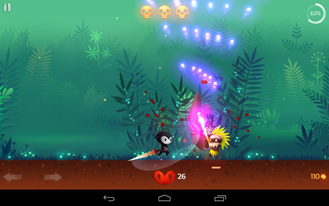 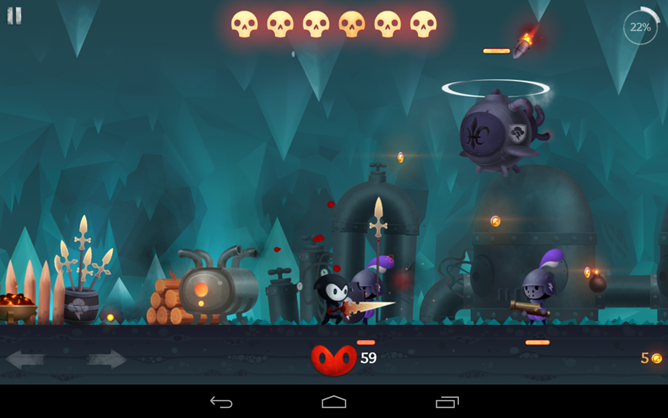 You zip from place to place on the map, taking on quests and making decisions. At first it seems that you end up in a battle no matter what you do, but there is a little more nuance to it. You actually develop relationships with the various factions and NPCs. Some of the allies and enemies you make come back throughout the game, and the decisions you made will affect what happens.

I like that you don't have to hunt around endlessly for quests. Yeah, you don't get the same "exploration" vibe from Reaper, but that's best left to full-scale games. Pressing the button in the lower right corner of the map view will also ways send you to the next thing, be it a new quest or the next location in your current one. You can also select locations manually if you need to hit the shop or want to do a different quest.

Your swordsman earns experience over time and gains levels. You get to pick a perk at each level that might increase your stats, or make a particular attack more powerful. The network of shops can also be used to buy better equipment to augment your character.

When you take up your sword, the game plays like butter. This is 2D, so you only have to worry about left and right direction buttons, which are in the lower left. The entire right half of the screen is a gesture area, but regular attacks are triggered automatically when you get within range of an enemy. I was wary of this, but it actually works extremely well. Hammering away on the baddies with standard attacks builds up rage, which is where the gestures come in. 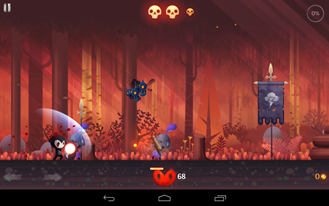 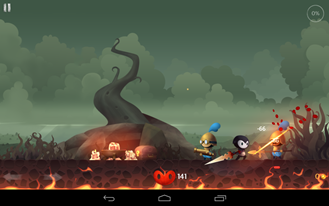 The rage skulls are at the top of the screen. Each skull equates to one gesture power attack. You can swipe up for an up-swing, down for a slam attack, left and right for a dash, and double-tap in the air for a spin attack. You can always jump and double-jump by tapping in the gesture area, and you'll do a lot of that to reach flying enemies and avoid projectiles. You can still pull off the gesture attacks when you're out of rage, but you don't do as much damage or get the increased stun/critical chance. 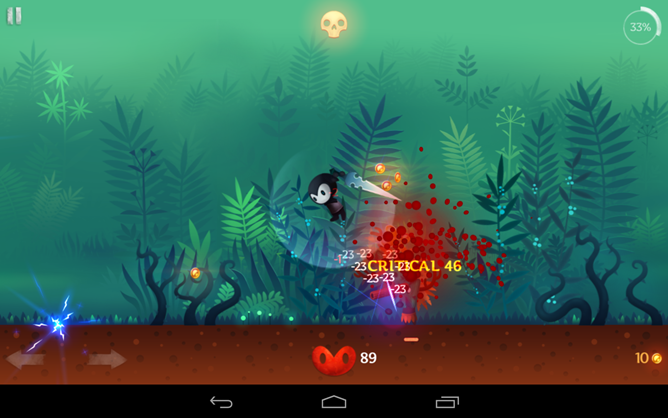 If you have a controller or an Nvidia Shield, the game is fully supported for better control. You will probably dominate with real buttons, but Reaper is very, very good with touch controls – among the best games I've ever played in that respect.

Just glancing at Reaper, you would know it is a Hexage title. It has the characteristic glowing and eerie lighting effects, but also the smooth lines and simple shapes from more recent games like Robotek. The textures are simple, but it fits with the clean style. There is just enough detail to work with the shading and lighting effects. 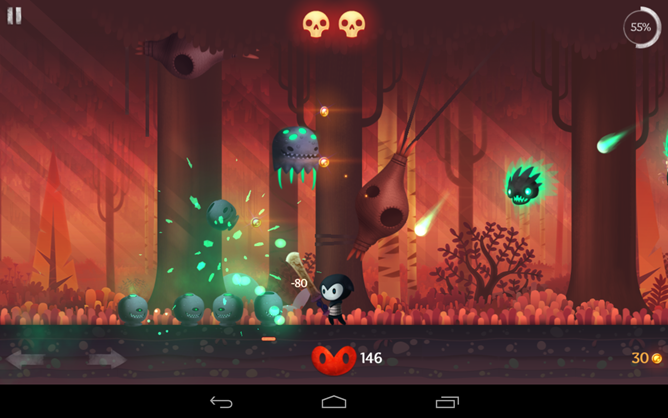 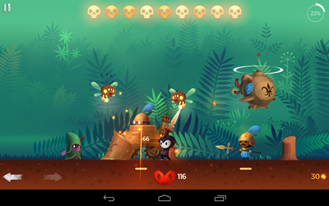 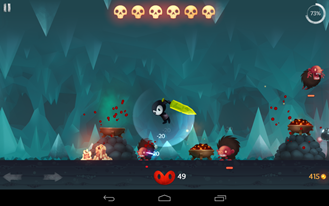 This game really avoids looking drab with varied, colorful environments. The backgrounds are almost pastel and actually quite beautiful. There are forests, volcanic planes, ice caves, imperial outposts, and more.

All the lines and edges in Reaper are flawless vectors. There isn't a hint of aliasing or clipping anywhere. It's an incredibly polished game.

This Is How An In-Game Economy Should Work

This game is free to play for 10 character levels, then you have a decision to make. There are three versions of the game, each with a different feature set. For $2.99 you get the basic Wilderness game. The $3.99 Destiny Edition you get a token arena, more in-game items, and a few other goodies. The Dark Legend version ($4.99) has all the other stuff, but adds a longer side quest, more items, and a new all-fighting game mode called Dark Harvest. 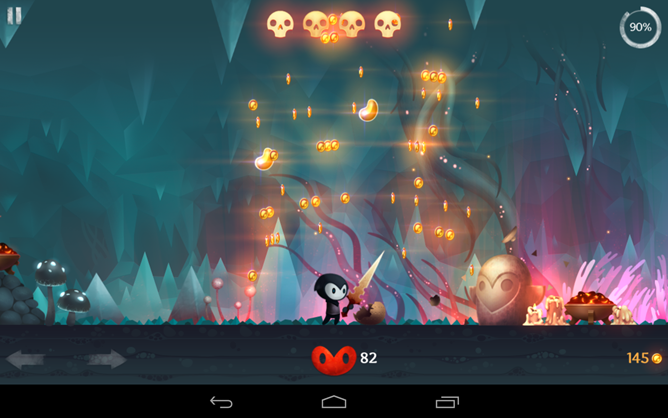 This is basically the PC game model of deluxe editions, and it's exactly how Android games should be using in-app purchases. If you just want the main game, you can save some money. Really like what you see? Get the deluxe edition. There are no microtransactions in Reaper. All the gold used to buy items is earned from battles, and you get a ton of it. That said, the game is balanced very well. I don't feel like it's too easy, but neither is it frustrating.

Why Are You Still Reading This?

This is one of the most enjoyable mobile games I've played. Hexage understands how to do mobile games. A long, in-depth RPG sounds like a good idea, but how often are you going to have an hour to sit down with your phone and make progress in a game like that? You can play Reaper for a few minutes at a time and enjoy every second of it. There's no waiting around for items to be crafted, no hunting in the bushes for herbs, and no walking for extended periods of time just to chat with an NPC. 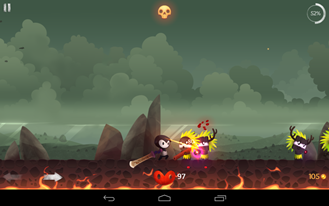 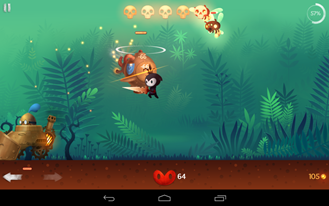 You should absolutely download and try Reaper. It is definitely worth your money even before you hit that level cap.