When Apple buys a company, you have to expect any associated Android apps are going to bite the dust. Indeed, that appears to be the situation with the popular public transit app HopStop, which was bought by Apple a few months ago. The Windows Phone app (yes, it had a Windows Phone version) disappeared first, and now it's Google Play's turn to feel the sting of an Apple acquisition. 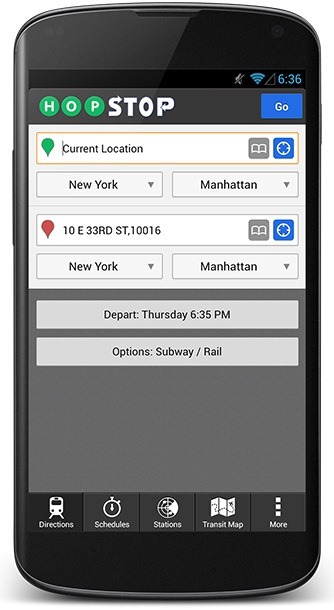 HopStop offers detailed bus, train, subway, taxi, walking, and biking directions in real time. It also has official transit maps for 600 cities around the world. The app uses crowd-sourced data to work out the real time aspect of directions through a service called HopStop Live. It just so happens everything this app does is what Apple needs help with when it comes to Apple Maps.

So now the URL for the Android app is dead, as is the listing on HopStop's website. However, the app was killed so recently it still shows up in the Google search index. The service doesn't even work for those who still have the app installed. A sad day, but not unexpected.

WidgetLocker Gets A Play Store Beta Program Via Google+ Community