Earlier today, Google started slowly rolling out an update to Maps with version 7.2. This is a point release, up from 7.1, so I expected more than just minor changes. While not as big as the quiet Drive update yesterday, Maps 7.2 brings a few notable changes to the table that Google has not yet (or won't ever) itemized in the changelog. Upon getting my hands on the APK, which you can find at the bottom of this post, I hopped onto the teardown couch and dug in.

One of the most notable changes is the Google Now-style route preview for the first of three possible navigation route cards.

We also get the Start navigation button that we've all gotten so used to in Now, which saves a whole tap. Hooray! 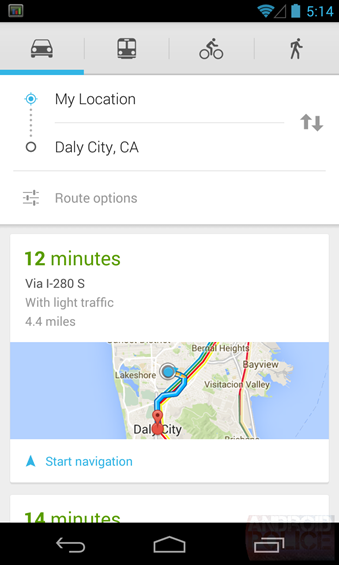 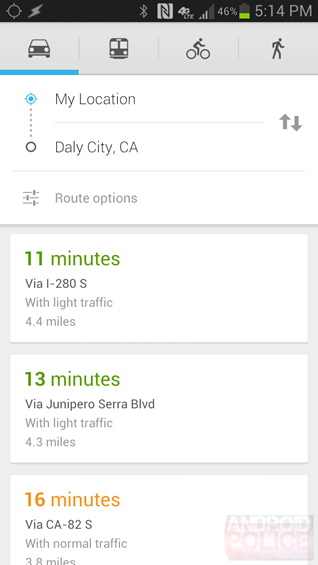 Another big addition to Maps 7.2 is hotel rates. These manifest in several ways:

While seeing hotel rates right inside Maps is marginally useful, Google isn't trying to hide the fact that these are, in fact, ads. The company made sure to clearly display the Ad symbol in all relevant places of the app, which, I suppose, is a good thing. 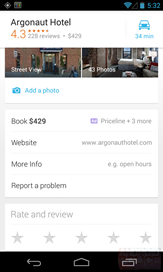 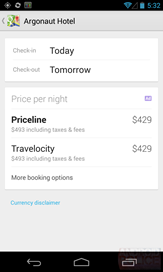 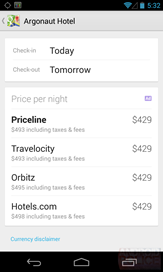 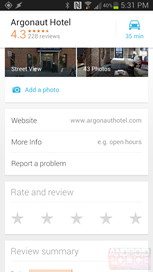 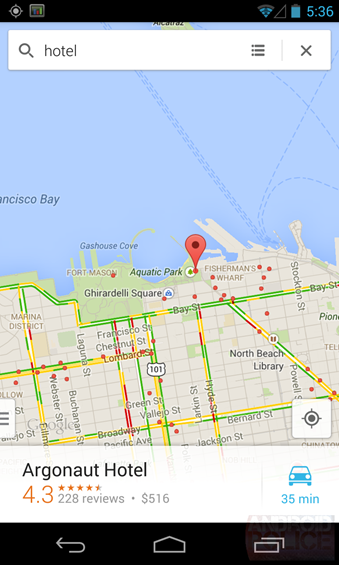 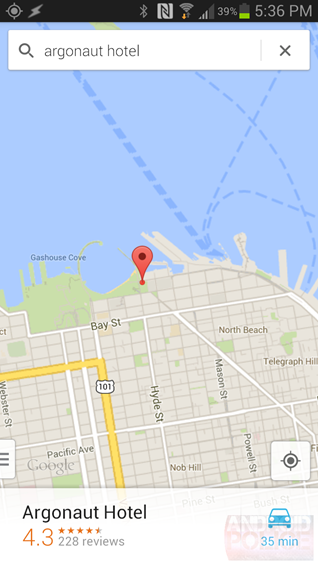 Since this is a teardown, here are some hotel-related strings for you:

Ever since Maps 7.0, a very annoying issue has been plaguing HTC owners. They would tap on a contact's address and:

I'm happy to report that Maps 7.2 fixes this bug, and tapping on a contact's address now correctly opens it up. Here are some screenshots from an EVO LTE to prove it: 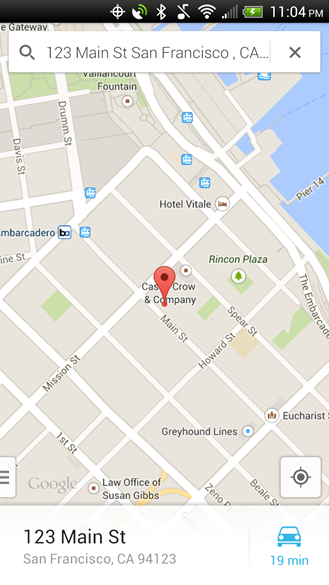 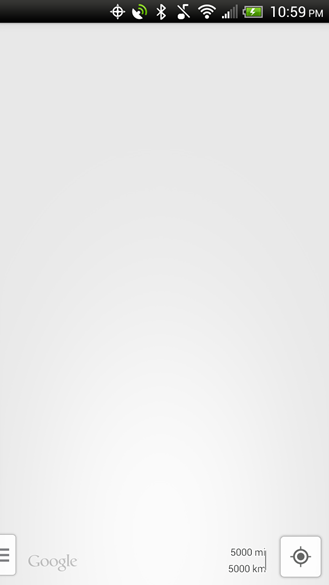 Hours of operation have switched positions with the address and now appear in bold letters. It's a subtle change - one most of you would probably have never noticed - but it makes sense as the hours don't blend in with the address as much. I approve. 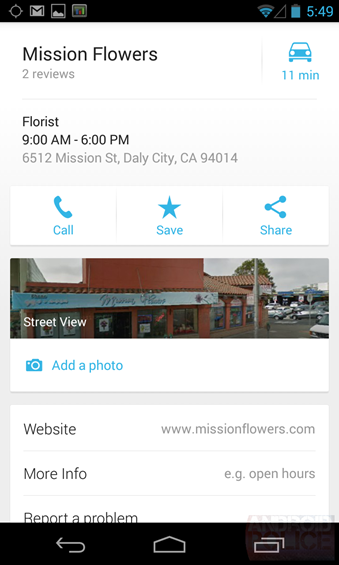 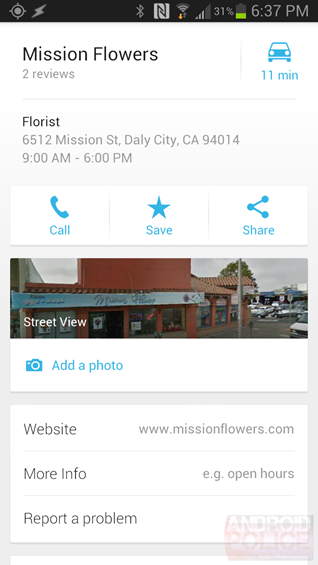 The star ratings that Google suddenly really wants you to use now have names to better explain what exactly they're supposed to represent. As it turns out, the ratings are:

Who would have thought!?

I haven't figured out how each of these is used yet, but if you do, please let me know. 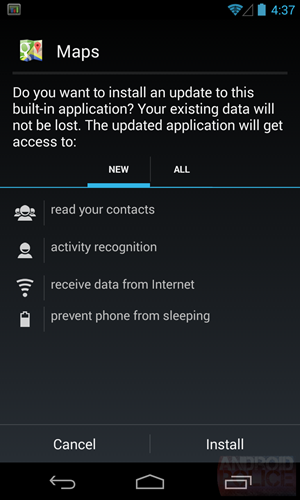 A ton of icons in the Search screen now have touch states. In Maps 7.2, they turn nice and blue when you touch them, whereas in 7.1 they remain gray. 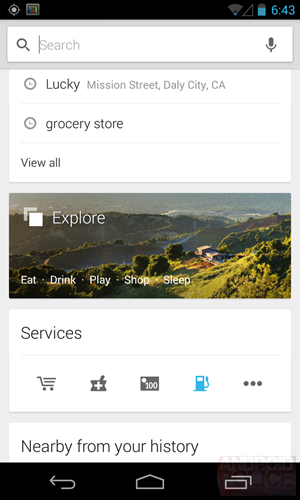 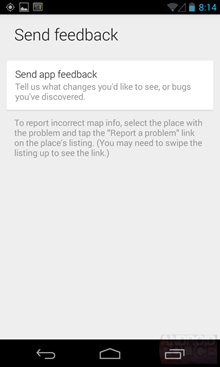 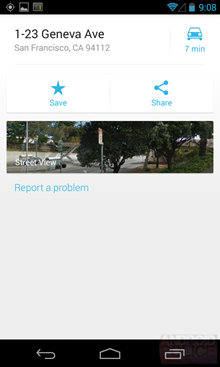 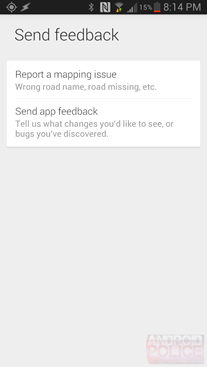 Maps 7.2 can now handle goo.gl/maps urls. The prompt you get after tapping on, say, http://goo.gl/maps/JtEC3 has Maps as one of the listed options: 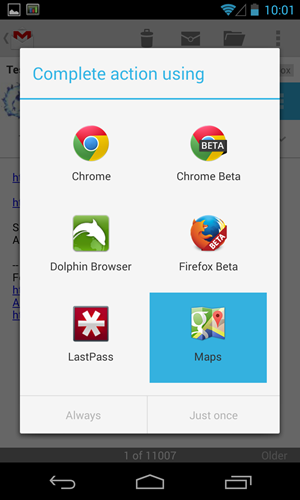 The divider in the green and gray navigation headers has turned light from dark. The gradient is gone too (thank god): 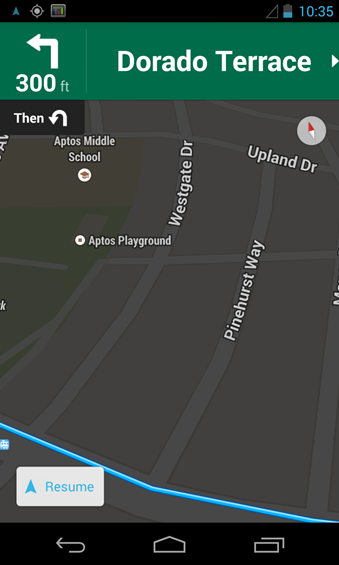 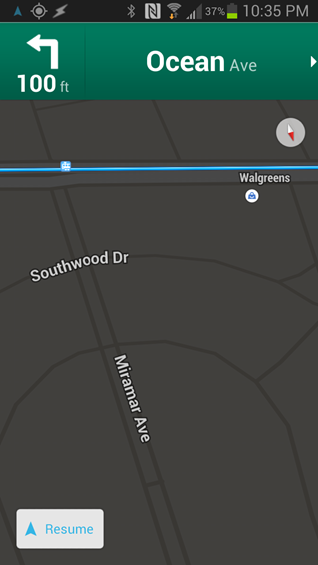 Note: While this APK will work fine, it may not be optimized for your device since Google generates multiple APKs for various screen sizes and densities. You can safely install it and later either wait for the next update directly from the Play Store, or simply uninstall updates and have the Play Store take care of the rest once the staged rollout is complete.

I recommend downloading the APK with the minimum Android version that is as close to your device's as possible.

Thanks, Jonathan A and Liang Chi for the APK and Josh Brown for teardown help.

How To Root Moto X, Droid Ultra, Mini, And Maxx

[New Game] Final Fantasy All The Bravest Is A Dumbed-Down JRPG With An All-Star Cast Of ...