Virgin Mobile has added the ZTE Supreme to its lineup of Android smartphones, a 4G LTE smartphone that will cost $299 with one of the carrier's no-contract plans starting at $35 a month. The device is priced to compete with the likes of the Nexus 4 (before its price drop) and comes equipped with a 1.5GHz dual-core processor, a 1280 x 720 5-inch display, a 13MP rear-facing camera, and a 2,500mAh removable battery. Virgin is confident in the device's performance and ships it with Real Racing 3 preloaded. 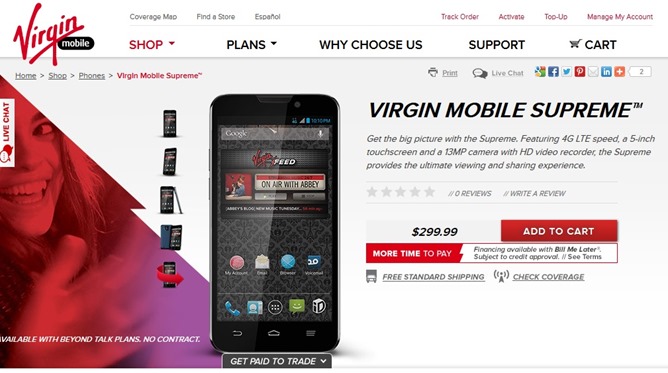 The Supreme comes with Android 4.1.2 and offers a pretty stock experience out of the box - one of the perks of buying these more budget-friendly handsets. The device's colored backing is still made of plastic, but it's a tad bolder than most devices in its class. 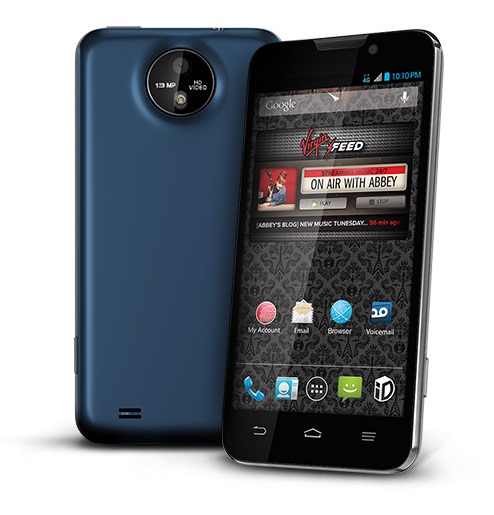 The Supreme is available immediately, so anyone interested can head over to Virgin Mobile's website to pick one up now.

Virgin Mobile USA has added the oh so powerful Supreme™, a 4G LTE smartphone that packs in many of today’s must-have features including the latest version of Android™ 4.1.2. Jelly Bean. This device is priced at $299.99 and is available online only with Virgin Mobile’s no-contract Beyond Talk monthly unlimited data and messaging plans starting at $35.

With up to 15 hours of talk time, the class-leading battery life on Supreme means you can click, call, play games or watch videos longer than before. Equipped with a 13MP camera and HD video recorder, Supreme allows you to point and shoot like a professional. Supreme also comes with a powerful 1.5GHz dual-core processor.

This device is great for Gamers! Supreme  is equipped with a large 5-inch HD 1280 x 720 IPS display with break-resistant LCD and a 2,500 mAh removable lithium-ion battery that greatly enhances play time. Supreme also comes preloaded with EA Mobile’s Real Racing 3, including officially licensed tracks, an expanded 22-car grid, and more than 45 meticulously detailed cars from makers like Porsche, Lamborghini, Dodge, Bugatti and Audi. Racing with friends gets kicked into another dimension with the reality-bending Time Shifted Multiplayer™ (TSM) technology.

FCC (Or LG) Royally Screws Up, Publishes Photos Of Next Nexus Phone Under Listing For Verizon G2