If you're in Twitter's Android beta program, better grab the nearest Android device and check for updates. The official Twitter client has been updated with a completely new interface, and it's not the one leaked at the Samsung IFA event. This version has Android-style tabs, in-line media previews, hamburger navigation, and a proper action bar. 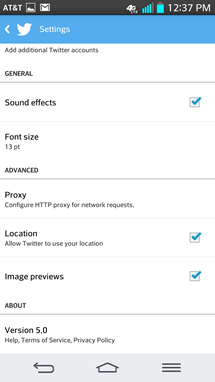 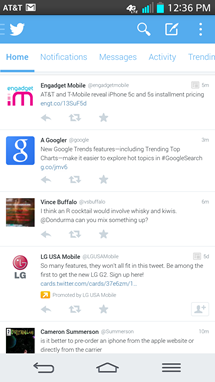 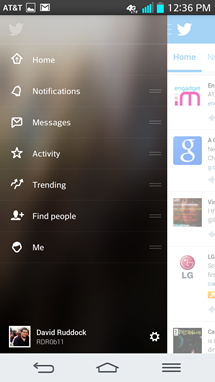 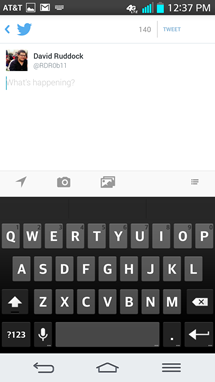 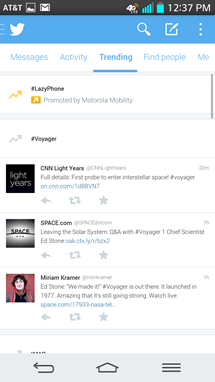 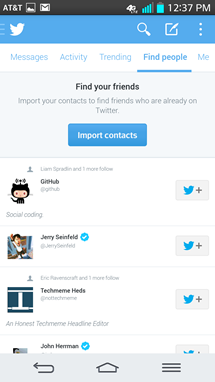 The new interface scrolls from side to side between tabs, but this is a little laggy right now. I'm also seeing a few graphical bugs. The hamburger navigation panel gets you to any area of the app quickly, and it uses your Twitter background image as the background for this menu. Although, it's sort of zoomed in and blurred to look abstract, or something. That tablet UI from the new Samsung Note 10.1 version is nowhere to be found. Instead tablets seem to be getting the same UI as phones, but this refined interface makes a bit more sense (see below for Nexus 7 screens). Text scales better and there are more tab shortcuts visible on larger screens. 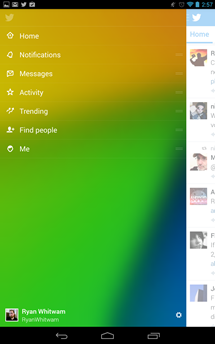 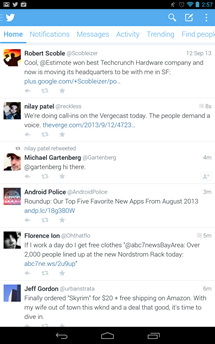 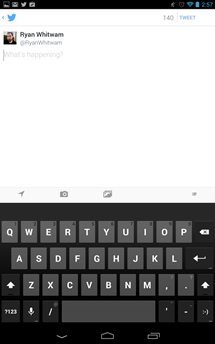 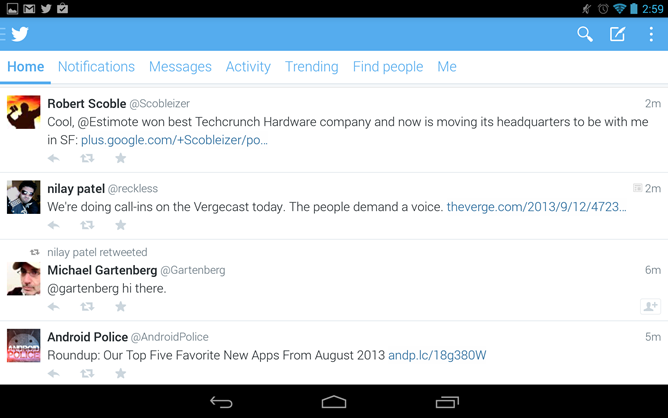 One thing that has not changed is the widget, which is still awful. There is no integrated browser either. The in-line photos are nice, though. Aside from the occasional spot of lag and a few bugs, it seems ready for launch.

Note: You will not be able to see the updated app live in the web store yet, even if you're in the beta. Check your device.

G-Project G-Boom Bluetooth Boombox Review: You Won't Believe It's Only $99