Welcome to the latest entry in our Bonus Round series, wherein we tell you all about the new Android games of the day that we couldn't get to during our regular news rounds. Consider this a quick update for the dedicated gamers who can't wait for our bi-weekly roundups, and don't want to wade through a whole day's worth of news just to get their pixelated fix. Today we've got a 2D fantasy real-time strategy game, a 3D puzzler with some Gumby character, a roguelike RPG, and yet another game featuring more cats than the yard of that weird lady down the street. Without further ado:

Mobile developers finally seem to have gotten a handle on the real-time strategy genre. Storm Lords looks like a fine example, though it focuses more on the base-building aspect of RTS than the actual combat. Lots of fantasy-themed buildings and upgrades serve the function of creating and equipping your hero units, which go out to do epic battle with monsters, demons, villains, and anything else in the immediate vicinity, up to and including the local geography.

Build a mighty base, harness powerful magic and battle your rivals in this brand new empire game from flaregames. High on an ancient mountain top, the mystical forces lay dormant. Now is the time for you to harness the elements and join the ranks of the mighty Storm Lords! Control powerful heroes and enchanted spells in epic battles. Acquire wealth and power as you defend your shrine from attack. Unlock long lost knowledge to master the supernatural forces. Challenge your rivals to gain a fearsome reputation and glorious honor.

Zebuloids looks like it's got a lot of inspiration from Nintendo's Pikmin, but with a more standard single-player puzzle focus. You traipse around the 3D environment, finding parts for your spaceship and solving a few puzzles along the way. It's more of a conventional puzzle game than the recent crop of mobile titles, which seem to feel the need to throw physics into everything. Different characters (or at least multicolored Gumby-like globules with faces) can perform different actions in the sci-fi environment.

Vogelz has crashed on the wonderful and verdant planet Zebs, Zebuloids’ land, bursting it into pieces, and looting it to fix their spaceship. Relax yourself in this isometric 3D puzzle and reflexion game occuring in a colourful universe. Help the Zebuloids to counter this threat with a virtual pad. You will need logic to guide them to the end of each level, thwarting the traps and the enemies. Take control of 3 different Zebuloids with unique characteristics or fuse them to obtain the super black Zebuloid, and solve the enigmas. 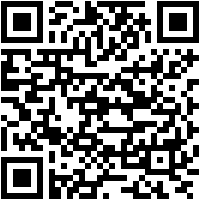 I think this game is named after the phrase you say aloud when yet another soul-crushing RPG dungeon is thrown at you in a console game. But the dungeons are the meat and drink (and dessert, and appetizer, and side salad) of Hell, The Dungeon Again! This tactical RPG tasks you with clearing out monsters and finding randomly-generated loot in roguelike fashion. The free version (below) is limited to one class and the first nine levels.

Make the way through the dungeons full of terrible monsters and fight with the chief demon, gave birth to hordes of evil creeps. In this turn-based RPG you will find:

Unlike many other representatives of the genre Roguelike, this game is more casual and has a lower barrier to entry. 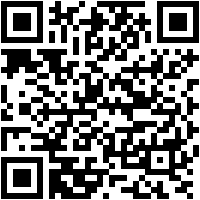 The catnip has been stolen, can you bring peace and harmony back to Kitty Island? --- Puzzle, gem matching, RPG, adventure for all ages! Match bricks/gems to set off devastating combos while fighting off enemies, as you collect coins and catnip to upgrade and advance through the game. Combat Cats is unlike any other brick matching game! 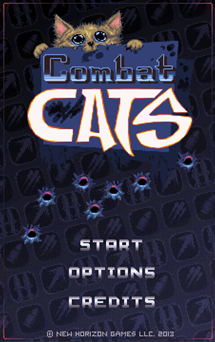 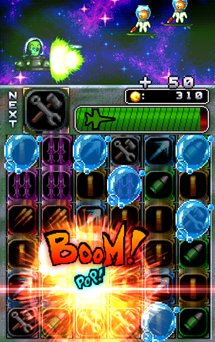 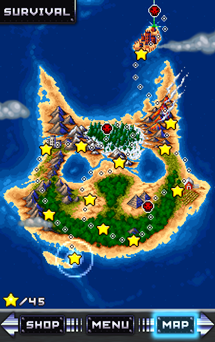 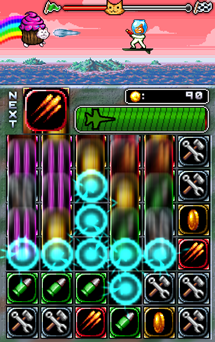 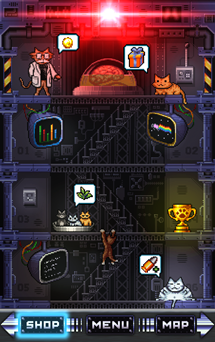 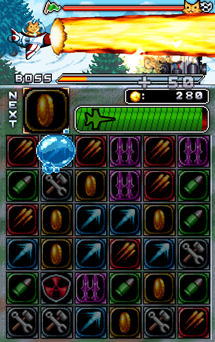 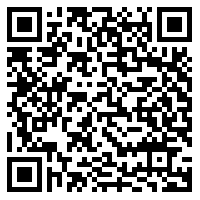