I love the Chromecast. I'd easily call it the best $35 I ever spent, ranking just above those tanks of gas that got me to job interviews on time and that one Thai restaurant I really like. All I need is the addition of Hulu Plus support, and then I would have little need to turn to anything else for projecting content onto my TV. But here's the thing, Google's neat little dongle sold out roughly as fast as tickets to a Green Bay Packers home game, and while the Google Play store has Chromecasts in stock now, many of you still haven't gotten your hands on one. We've covered how to turn an Android device into a Chromecast before, but now we've come across a method for turning that old desktop or laptop into one as well. Leapcast is a nifty Python package developed by Github user dz0ny that, after copying and pasting a few lines, can make your PC a media-streaming machine. Er, assuming it doesn't do that already.

There are some caveats to get out of the way upfront. Leapcast doesn't work with Netflix or other protected content. I was able to detect my computer using Google Music, but it failed to play most of the songs I attempted to stream. Notice in the screenshot to the left, though, that Leapcast automatically assigned a name to the Ubuntu box I installed it on. 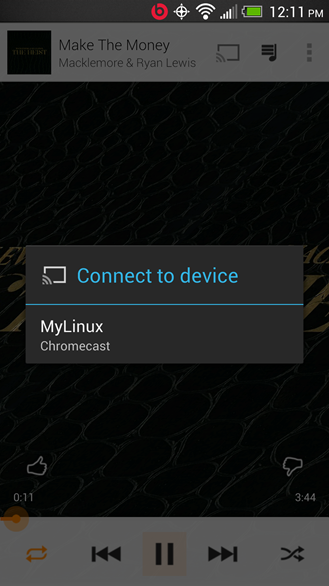 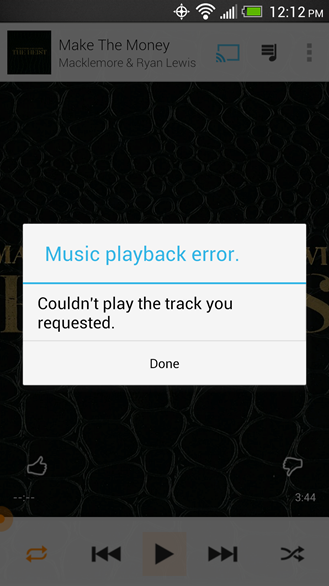 My luck changed completely when I fired up the YouTube app. It streamed like a champ, sending Motorola's "Lazy Phone" ad to an old beat-up laptop with all the pep of a device half its age. The thing is four years old at this point, and consumer PCs age at least twice as fast as dogs. 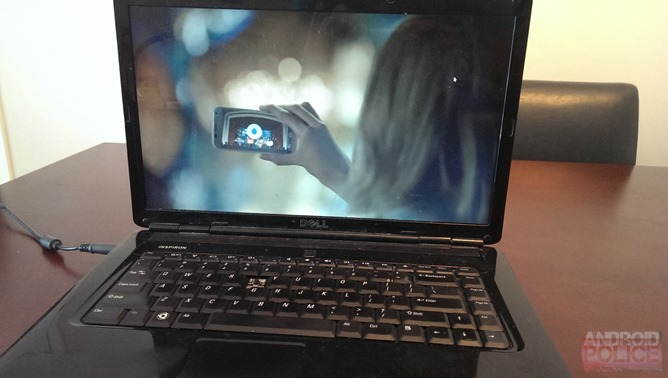 Yes, the T-key is missing from the keyboard. There are quite a few essential words out there that use the letter "T," and you don't really appreciate something until it's gone.

Anyways, that could be any old YouTube video playing natively on my laptop. Here's a screen of my phone at the time this was streaming. 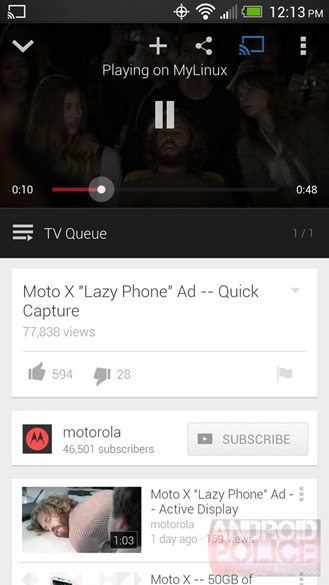 Lastly, we have the familiar Chromecast screen that pops up once content stops playing. 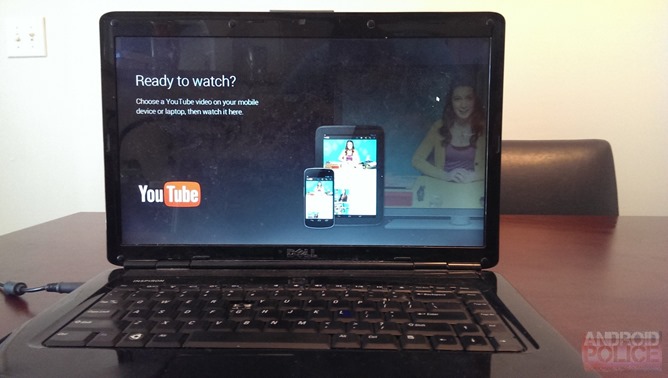 For the time being, Leapcast is best used for streaming YouTube - which, admittedly, your PC can already do. But hey, we're not tinkering with this because it's practical, we're doing this simply because we can. Now that we have our expectations set appropriately low, here's how you can get Leapcast up and running on your own machine.

How To Set It Up

The steps are largely the same across the three operating systems. In each instance you must first install Python, install git, pull down the Leapcast packages, and enter a specific command that functions as the on-switch. You can find detailed instructions for all three platforms here.

Should You Use It?

If you found CheapCast to be too intimidating or buggy, don't expect anything more from Leapcast. This is more difficult to setup, and the results aren't nearly as satisfying. It's cool to tinker with for a few moments, and it might even be useful if your desktop setup happens to have a gorgeous display and awesome sound, but even then, the functionality is limited. Nothing about using Leapcast is a casual experience, including turning it on.

But this isn't an app of any kind, it's a bit of working code that the developer was nice enough to share. It doesn't make lofty promises, and it delivers on what it says.

Swype Co-Founder Launches Dryft To Enhance Typing On Tablets, Here's How To Sign Up For The Beta