Turn-based gaming is making a bit of a comeback these days, but such titles can easily end up painfully tedious or just not compelling. Breach and Clear is a top-down shooter that seems to aim for a middle ground. You have to carefully position units, leverage special tactics, and keep track of enemies. However, some of the busywork is taken out of your hands. This game has the potential to scratch a tactical itch in a big way.

Breach and Clear doesn't bother with an elaborate story, which is fine by me. Your goal in each level is simple – shoot the bad guys. To do this you have a team of four elite commandos to send into battle. The building you have to clear will have several entry points, which you can spread your units between. If you want to go in one big group, that's your prerogative. Split up all four men? Also fine (but maybe not smart). 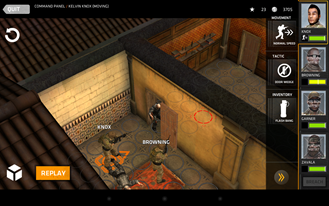 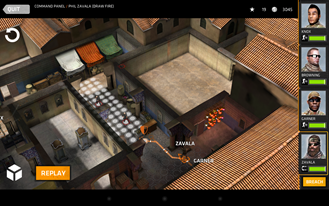 Your success in the game is mainly a result of where and when you move your troops. To keep things a bit more manageable, your units will open fire on enemy forces automatically whenever they get a clear shot. You mostly have to worry about getting them into and out of cover efficiently and flanking the bad guys. This brings the strategy to the forefront, in my opinion. You don't win by blanketing an area with gunfire – you've got to make the right moves. After each turn, which lasts a few seconds, you get to plan more moves based on what just happened. If you need more information, you can watch a replay of the turn. 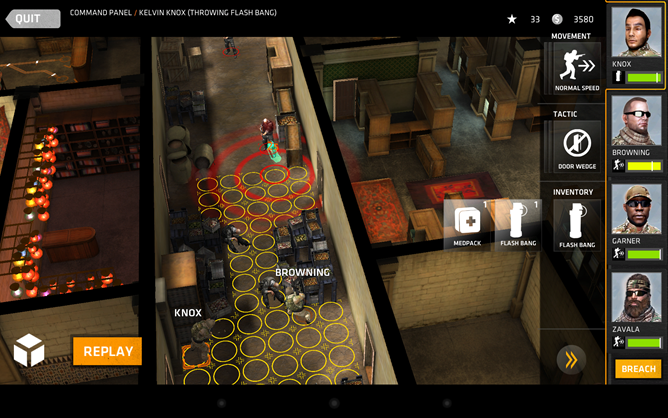 The levels are split between several different regions, each with multiple engagements. They do get progressively harder as you go on, but there are multiple difficulty levels for each mission as well. This lets you power through the game and see everything if you're the more casual type, or get deeply entrenched in the strategy if that's your thing. Each increase in difficulty makes you enemies considerably more crafty and durable, so be aware. 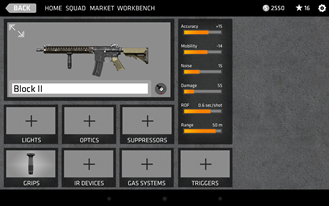 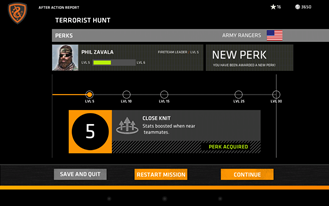 In addition to the combat strategy, you can benefit enormously from customizing your squad. The cash you earn can be spent on new weapons, attachments, and items. You can design a custom rifle for each member of your team, and use them in the way that's best suited for that gun. If you give someone a souped-up shotgun, it's best to send them to the more confined spaces rather than have them run down a long corridor toward the terrorists. You also earn sat points to level up your troops.

There are in-app purchases, but let me assuage your fears. They are not required, and seem to be there only as a boost to the more impatient players. I respect immensely that there is no $99.99 IAP tier, and that there is only one kind of currency in the game. You earn plenty from just shooting terrorists, so don't stress about the IAPs.

Breach and Clear does not have perfect controls, but you are not managing every minute detail of the operation. You won't have to spend frustrating minutes pecking at giant blocks of commands a la Frozen Synapse. All you need to do in order to start playing is select your unit on the right side bar, then tap on the spot you want him to go. Breach and Clear uses a grid layout, so you can place units accurately. I'm very happy to see this – it removes a lot of guesswork from movement. 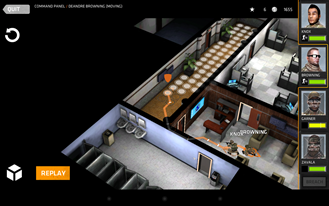 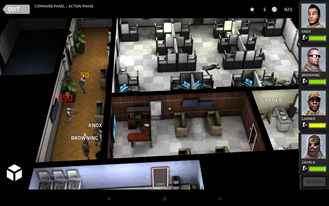 After you pick a location, you can also choose which way you want to unit facing. There is a nice little fan to show you which grid spaces they will be able to shoot. All the units along the right can also be used to select specific tactics based on class (which you choose at the beginning of the game). There are only a few for each type of unit, so you won't be overwhelmed. You'll have choices like tossing a grenade, blocking a door, and drawing fire. You plan these tactics using the same grid system used to move around. 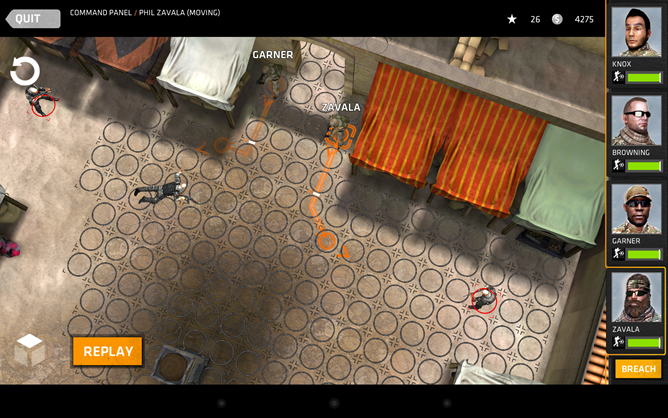 The default view is far above the battlefield, which makes it hard to tap on the right spots. You can use multitouch to zoom way in, and a twist gesture to rotate. Zooming in looks cool, but it's also necessary to play the game. Your opaque fingers make it too hard to see where the cursor is when zoomed out. This game could really use offset touch. There is also a toggle in the lower left that switches between isometric and true top-down. This makes it a little easier to set paths, but you'll still want to zoom in.

When zoomed out, the graphics look pretty crisp in Breach and Clear. I was convinced that zooming in would reveal muddy textures messy lines, but I was pleasantly surprised. This title packs in a lot of detail that you'd hardly ever notice unless you really get in there. The graphics are more than good enough for the gameplay style. This shows attention to detail, and I think we all like to see that. 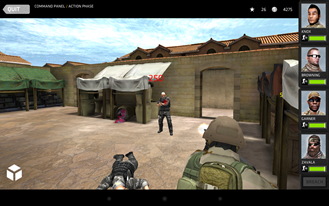 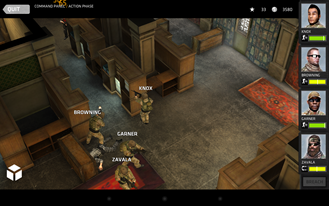 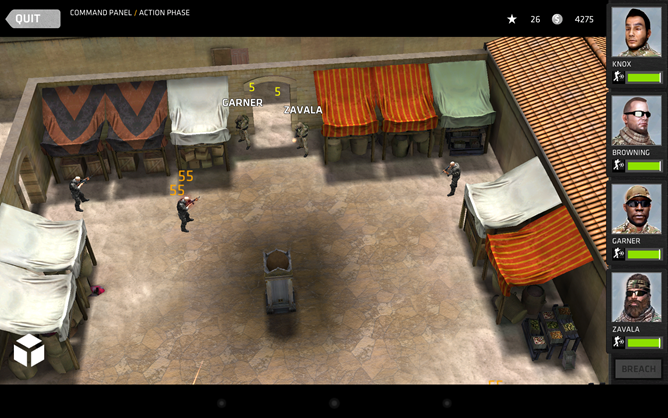 The only place I see some iffy visuals are in the few moments the game goes down to ground-level. When you breach the first door, and when the last terrorist is killed, the game shows a third-person view. The textures look a bit simple at this distance, and the edges are rough. Some of the animations (for example kicking in the door) seem slightly disconnected – the timing of the foot and the door swinging open are off. That single situation being the exception, Breach and Clear is a very attractive game. Performance is excellent across the board.

Yes, buy it. Breach and Clear provides gameplay that's simple enough for a mobile device, but also very challenging when you get to the higher difficulty levels. The graphics are considerably better than I was expecting in most instances too. While some aspects of the controls could use some tweaking, the grid layout of the battlefield and tight gameplay save it. 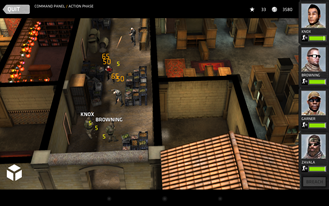 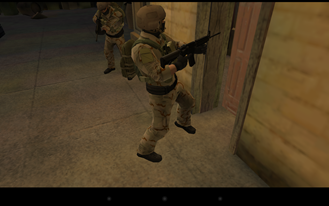 This game is on sale for $1.99 right now – half off the final price. I find Breach and Clear genuinely enjoyable, and you get the full game for your money. The IAPs are completely optional. 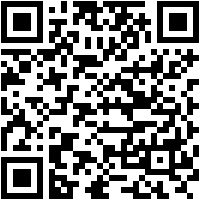 Swype Co-Founder Launches Dryft To Enhance Typing On Tablets, Here's How To Sign Up For The Beta