If you have been waiting on the LTE variant of the new Nexus 7, now is the time to make your move. The 32GB slate has just gone live in Google Play, and it can be yours for $349 with free 3-5 day shipping. In addition, the device will be appearing in T-Mobile stores come October. 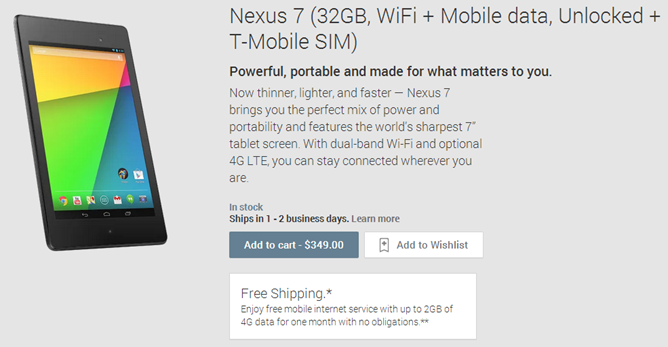 The only difference between this device and the version that launched a few weeks ago is this one has that SIM slot for access to HSPA and LTE networks. The tablet comes with a T-Mobile SIM card, but is unlocked. Buying the device also entitles you to one month of free T-Mobile 4G data at the 2GB tier. After that you pay the normal rate. T-Mobile has already put up support pages for the Nexus 7 which list baseband DEB-GOO_2.25.1_0802 and kernel version 3.4.0-g6537a16. Note that T-Mobile's support doc has the 2012 Nexus 7 specs right now. That's a bizarre oversight. 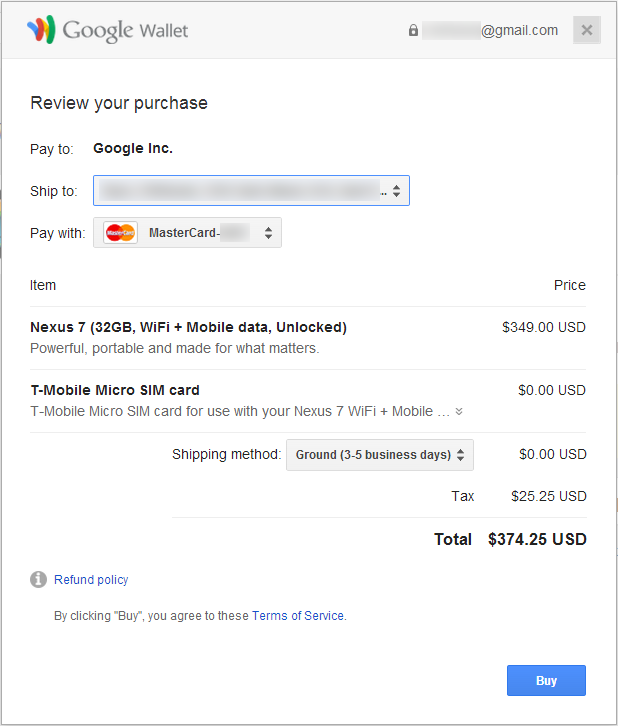 Tax will vary from place to place, but expect to pay in the neighborhood of $375 total. The 2-day shipping method boosts the price by $13.99. The LTE Nexus 7 is showing as in stock, shipping in 1-2 days. Don't let that delay you, though. Demand for this device could be high, and the free shipping is for a limited time only.