Since Samsung announced the Exynos 5 Octa at CES 2013, one major criticism has been leveled at its implementation of big.Little technology time and again: for some reason, it has only ever been able to run 4 of its 8 cores at a time. Not only that, but it has never been able to mix-and-match the higher performance A15 cores with power efficient A7 cores to get the best possible configuration for performance and power usage. Effectively, the Exynos 5 Octa acted like a quad core processor with the ability to toggle between two different architectures. That situation will be changing shortly as Samsung prepares to launch Heterogeneous Multi-Processing (HMP) for the Octa in Q4, making it possible to run any number of cores in any configuration. 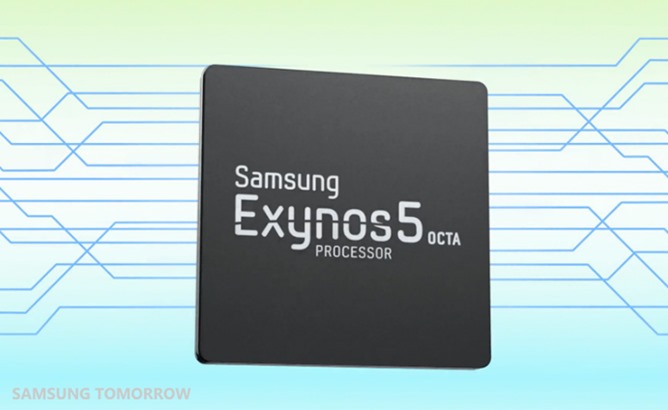 In the original architecture, processor intensive applications would force everything to run on the A15 cores. For example, playing a game often resulted in the super-charged cores running simple background processes like those for handling phone calls and text messages. The updated architecture is designed to direct threads with higher priority and computational demands towards the "big" Cortex-A15 cores while low priority and less demanding threads can be run on the "Little" Cortex-A7 cores.

While I advise against it, you can take a look at Samsung's promotional video that demonstrates how the big.Little architecture works under Heterogeneous Multi-Processing. Seriously, I'm warning you, this video is pretty obnoxious.

Availability for Samsung's processor customers is scheduled for a 4th quarter release. Since HMP appears to be a combination of hardware and software, existing and immediately upcoming products, like the just-announced Galaxy Note 3, probably won't be able to take advantage of it. However, this definitely gives us something to look forward to as Samsung prepares to launch new flagship devices in the coming months.