At last week's IFA Conference in Berlin, Germany, Samsung showed off a tablet-optimized version of the official Twitter app while talking up all the features the the 2014 Edition Note 10.1 has to offer. Of course, at the time we weren't sure if this was just a mockup or screenshot mishap on Samsung's part (it does look exactly like the iPad's version of the app, after all), but it now appears that it's indeed the real deal. German Android site AndroidNext has gotten its hands on a leaked copy of the apk, which seems to be fully-functioning. 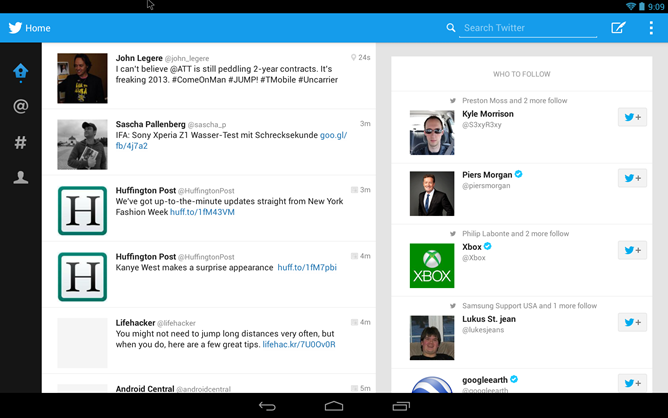 A couple of caveats to be aware of if you plan on installing this, however:

Past that, everything should be good to go. Hit the link below to grab the download, install it like any other apk, and enjoy the new interface – it's definitely a massive improvement over the non-optimized version.