Welcome to the latest entry in our Bonus Round series, wherein we tell you all about the new Android games of the day that we couldn't get to during our regular news rounds. Consider this a quick update for the dedicated gamers who can't wait for our bi-weekly roundups, and don't want to wade through a whole day's worth of news just to get their pixelated fix. Today we've got a high-end tower defense title, a throwback to old handheld LCD games, and a sickeningly cute puzzler. Without further ado:

Do you want your tower defense to have a little more story than the genre standard? Then Brave Guardians might be for you. This high-end, high-concept game includes the usual variety of towers and upgrades, but the four main characters in the fantasy world also function as hero units, complete with beefed-up stats and special abilities. It's almost like they tried to make League of Legends into a tower defense game.

Brave Guardians is an epic 3D action fantasy defense game that narrates the story of four heroes (Pepo, Tiko, Zagi & Rapu) -- each with extraordinary abilities. Be prepared for an epic journey to defend your world against nasty fiends. This time you will take control of the brave guardians to lead them to the victory. Because Brave Guardians is not just another Tower Defense game! 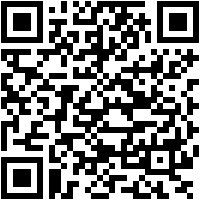 You've seen plenty of 8-bit retro games on Android, but how's about a 1-bit title, harkening back to the good old Game And Watch days? Toast Time is a relatively simple platformer/shooter with an interesting sense of humor. It won't blow you away graphically, but the developers haven't used their inspiration as a limitation: you'll see more pixelated action than was ever possible on those good old handhelds.

An appetising arena shoot-em-up garnished with tower-defence elements and served warm with awesome-sauce (probably syrup). A throwback to the golden age of video games where old-school homebrew titles fused arcade action with a distinctly British sense of humour. Inter-dimensional time-blob beasties have sailed the cosmos in pursuit of spare time, and now they've found it, tasted it, on an idyllic Monday morning. 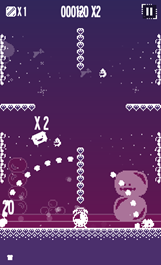 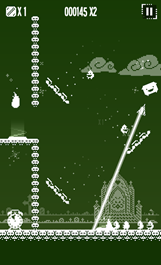 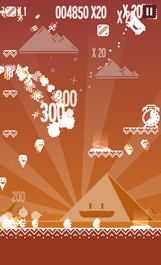 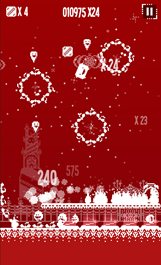 Puzzle games are a dime a dozen on the Play Store, but the original Joining Hands had an interesting, kid-friendly premise: drop down some critters that look like starter Digimon so that all of them are holding hands. That gets trickier in the sequel thanks to new critters, new obstacles, and 140 new stages. The graphics stray pretty close to the "sickeningly cute" line, but it should be good for kids and anyone who can handle an hour of Cut The Rope in one sitting.

A charming sequel to the handtastic puzzle game hit Joining Hands! On a starry night, the adorable little Peablins are woken up by a blazing ball of fire crashing into the far corner of Whispering Woods. What could it be? Join the Peablins, solve cuddly puzzles and find out! Joining Hands 2 is intuitive and easy to play; drag and drop the Peablins so that everyone is holding hands. The level of challenge increases as the Peablins get more hands and new types of Peablins are introduced. [Weekend Poll] Will You Be Buying A Galaxy Note 3 Or Galaxy Gear?