We were lucky enough to spend some time with Qualcomm's upcoming Toq smartwatch this afternoon, and I left impressed. The Toq's primary value comes in the form of a Mirasol display. Mirasol was demoed in "production ready" form in 2011 at CES by Qualcomm, but the actual products never came.

If you're not familiar, Mirasol is a full-color e-ink style display without e-ink's terrible refresh latency. As its name suggests, Mirasol displays actually get better in sunlight, as they refract incoming ambient light to make the display more vivid. The Toq uses such a display, and it really is something else. After seeing Mirasol in action, it's hard to imagine that LED or LCD-based smartwatches will have much of a chance against a technology so clearly better-suited for the role. Even in the dark, the Toq's display is still fairly visible. And in those environments where there isn't enough light, a simple tap on the band above the display puts the watch in frontlit mode, at which point it is very easy to see. 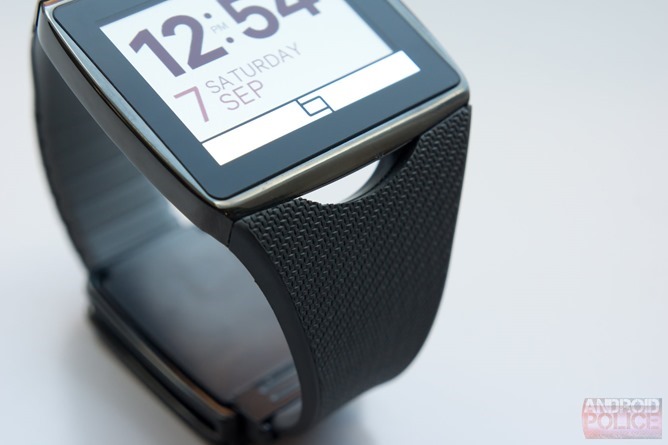 Mirasol is also so power-efficient that the Toq doesn't have an off button. The display is always on, though when you're not actively using the watch it goes into an low-power mode where it simply displays your preferred watch face. The Toq's battery (which is cleverly housed on the bottom of the wristband) has a capacity around 220mAh, hard to believe, until you learn the watch itself is powered by a single-core "off the shelf" Cortex M3 processor (Qualcomm doesn't even actually make the chip) with a max clock under 300MHz. It runs an extremely lightweight custom firmware, not Android, and it communicates with Android 4.0+ smartphones via Bluetooth 4.0 LE. It seems Qualcomm has used every available technology to reduce the power consumption of the Toq to the bare minimum, and while they aren't getting too specific, they estimate battery life to be in the "days" range. 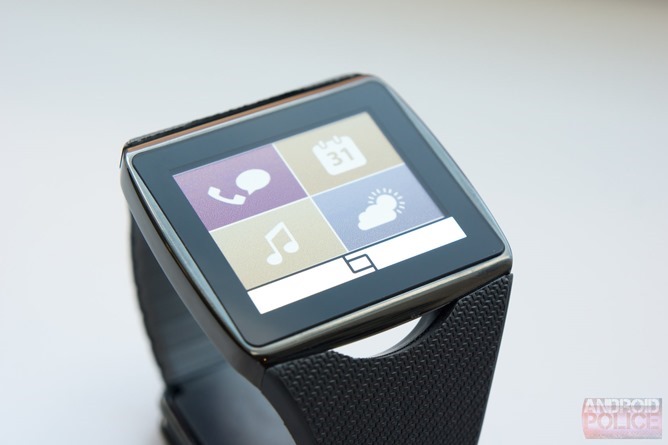 Sounds awesome, right? Well, while Qualcomm will be selling the Toq to the general public, you better be ready to drop your cash the moment it goes on sale - production is going to very limited. While no exact figure was provided to us, the number of Toq's produced will be "in the tens of thousands." It will also only be sold in the US, though that does make some sense, as Qualcomm doesn't really have any interest or financial benefit in opening up a very limited-run product outside its home market. 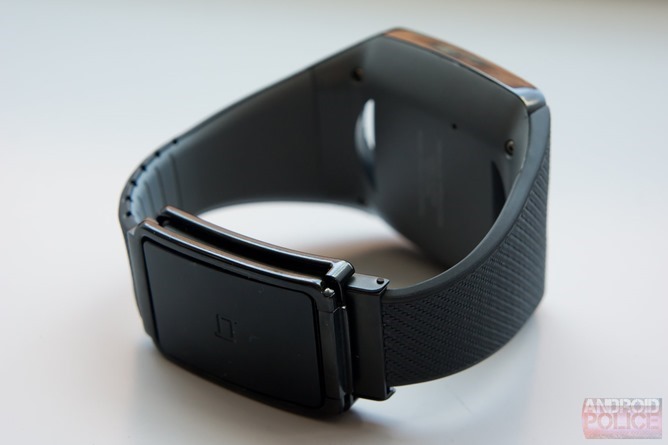 We were also given a quick look at the accompanying Android app, which is going to be the primary means by which you configure the Toq's various features. Even the firmware is updated through the app, with all the data transferred over Bluetooth. You can tell the app which app notifications you want sent to the Toq on a per-app basis - no special SDK needed - and sync services like calendars, email, phone calls, and SMS. We had the SMS functionality demoed to us, and it seems to work great - while the Toq doesn't have a keyboard, the Android app allows you to set a large number of prepared phrases or words that you can then scroll through as a list on the Toq before choosing one to send. 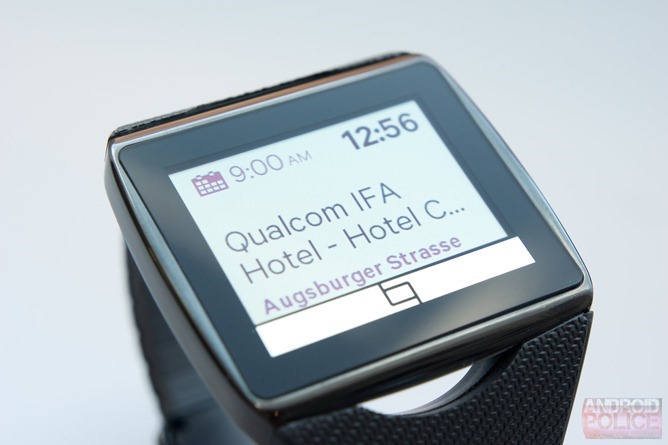 As far as speed, the Toq didn't feel unbelievably fast, but nor did it feel clunky or unfinished - the frame rate wasn't fantastic, but apps and menus seemed to respond very quickly and predictably, something I feel is not as true on Samsung's Galaxy Gear based on the time I've spent with it. The Toq also has no physical buttons - you tap on the watch band right below the display to go in and out of "app mode," and on the band above the display to activate the front light. Just below visible display area is a small aluminum band which is actually a tiny touchpad. You can use it to switch watch faces or toggle light / dark themes when in watchface-only mode. 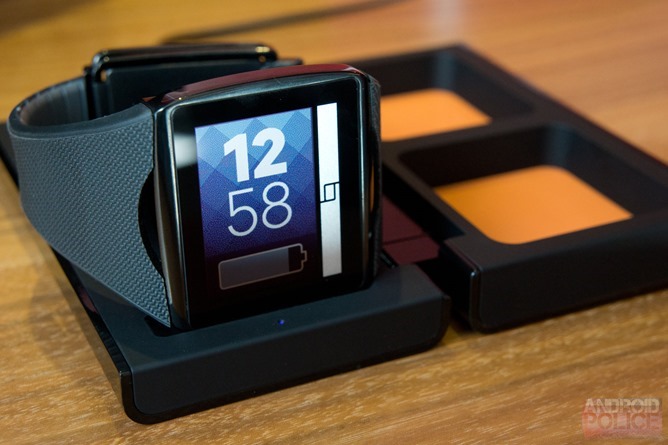 The one questionable part of the Toq, perhaps, is the charging system, which utilizes Qualcomm's proprietary WiPower standard. Each Toq will come with a WiPower charger, which is powered itself via microUSB. Simply set the watch on the small arm that lifts up out of the charger, and the watch will put on its charging face to let you know it's getting power. The charger folds up into a neat little box, too, for easy travel and storage. While I'm never a fan of needing a specific charger to power a gadget, Qualcomm's at least made an argument for simplicity here - no wires or plugs to deal with, just set it down in its case at the end of the day and forget about it.

Qualcomm has not announced pricing for the Toq, availability will likely be later in Q4 this year, and it will be sold exclusively in the United States. Qualcomm's real goal with the Toq isn't to sway consumers, though, it's to show other OEMs what's possible with Qualcomm tech like Mirasol and WiPower. I'd say they're making a pretty good case. 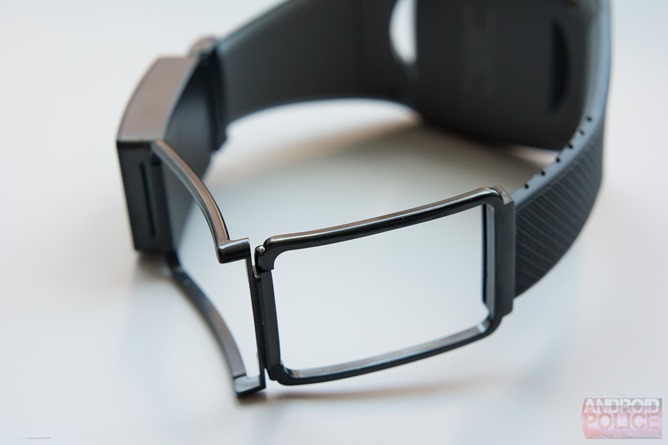