It's a situation too many Android users are intimately familiar with. You get a shiny new phone, and you love it. Then the days turn to weeks, the weeks to months, and suddenly a new version of your phone is released. Oh sure, at first you think it will be fine. The new phone is faster and thinner, but you like your smartphone. Then the updates dry up like a puddle in the unforgiving desert sun, and your phone slides slowly into complete obsolescence. Well, unless you have a Droid X, which Verizon just decided to update after not touching it for a year and a half. 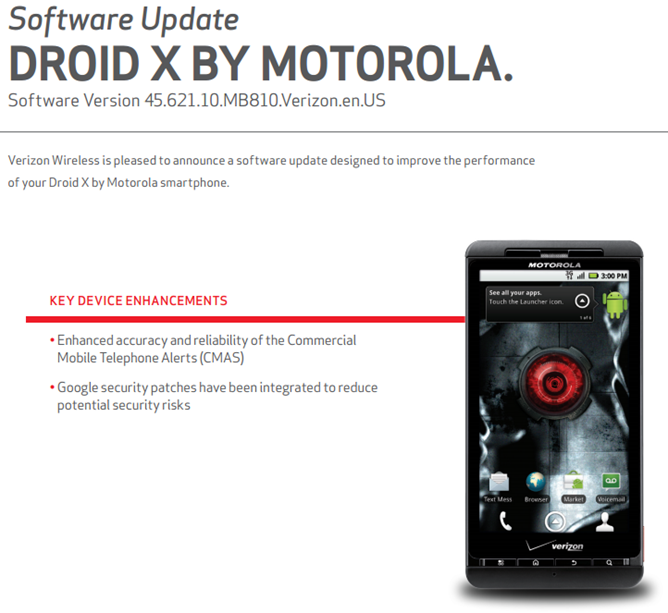 The update comes with version number 45.621.10.MB810.Verizon.en.US. No, it's not a magical update to Android 4.3 for a phone released over three years ago. Instead, this is mostly a security update that rolls up some patches Android has gotten in the last 18 months. There is also an improvement to the Commercial Mobile Alert System (CMAS).

If you're still rocking the Droid X after three years, the update should be showing up any time now. There must be a few of you out there.

What We Use, 2013 Edition: The Apps, Tools, Devices, And Other Stuff Liam Can't Do Without