Chinese manufacturer Xiaomi has been getting a lot of ink as of late, but not for their hardware: former Googler Hugo Barra is now their Vice President of Global. The first phone to launch after Barra joined the company is the new flagship MI3, and it is a doozie. The device crams some of the best hardware available into a phone, but it's probably not leaving China any time soon. 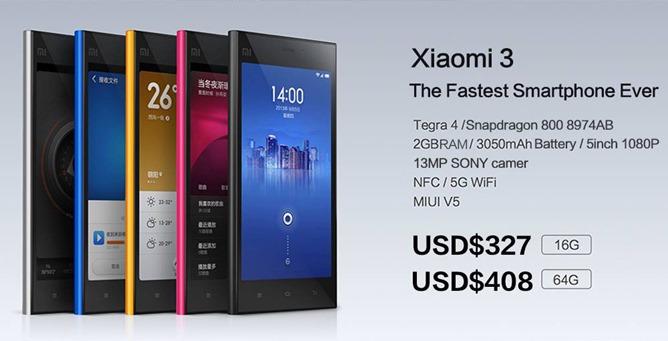 Let's start with the processor, which will change depending upon which carrier you buy the phone for. The WCDMA and CDMA2000 versions of the phone intended for use on China Unicom and China Telecom, respectively, will be using a Snapdragon 800 processor clocked at 2.3Ghz on all four cores. But if you buy the TD-SCDMA version for China Mobile, you'll find an NVIDIA Tegra 4 inside. Both SoC's are outstanding in terms of performance, and all versions of the phone come with 2GB of RAM. The MI3's claim to be "the fastest smartphone ever" comes from the slightly newer MSM8974AB model Snapdragon CPU, with boosts to the clock speeds for the memory interface and the Adreno 330 GPU (now running at 550Mhz). The rest of the specifications are the same for all three versions of the phone and read like a mobile Frankenstein monster. In a good way.

There's a 5-inch 1080p LCD supplied by LG. There's a 13-megapixel F/2.2 rear camera supplied by Sony. The frame comes in black, white, silver, pink, yellow, and blue, and looks a hell of a lot like some of Nokia's Lumia designs (right down to the bottom-mounted speaker). Despite being just 8.1mm thick, it crams in a relatively huge non-removable 3050mAh battery. This is some top-notch hardware, folks, which makes it all the more frustrating that we won't be seeing it stateside.

Of course the software on any Xiaomi phone is worth talking about. The MI3 will run MIUI 5, a massively modified version of Android 4.1, complete with Xiaomi's infrastructure replacing the Play Store (and an interface that undeniably apes iOS in most areas). But the most interesting thing about the MI3 is the price: the 16GB model will start at $327 for the 16GB version (approximately 2000 Yuan) and the huge 64GB version will be $408 (just shy of 2500 Yuan). Xiaomi has not posted a release date for the phone.

Xiaomi doesn't offer any products outside of China at the moment. But we can certainly hope that this situation will change, and soon. After all, why else would the company hire a highly-visible Android executive as the VP of Global? Here are a few shots of Mr. Barra showing off the phone at a Xiaomi press event. 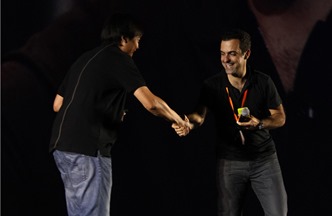 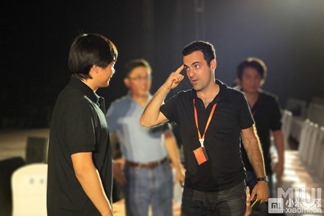 Nice to see you having fun in the new job, Hugo. Come on back to America, please, and bring some of those cheap high-end phones with you.