To all the people who wished, begged, or pleaded for Nokia to make Android phones, listen up, because it looks like your dreams may actually come true. On the day that Microsoft bought out Nokia's phone business, the Finnish company's former Asia-Pacific CEO Thomas Zilliacus founded Newkia in hopes of producing the Android phones that Nokia wouldn't commit to, and he plans to hire Nokia employees who were interested in developing for Android. 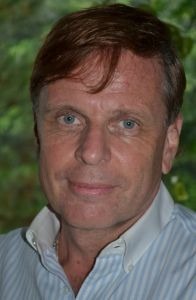 Zilliacus wanted to buy Nokia's phone business a year ago in hopes of steering the company towards Android, but he wasn't able to raise enough money to do so. Forming Newkia, apparently, was his next best option. The Singapore-based company already has a few ex-Nokia staff on its payroll, and Zilliacus plans to keep the R&D team still located in Finland.

Newkia hopes to launch its first phone within a year. The company plans to target an Asian market, but it hasn't ruled out the possibility of releasing a handset in the US. It remains to be seen if the company can come up with a device that can match the quality of the Nokia Lumia 1020, but one can surely hope.

Sprint's Moto X Will Be Available On September 6th For $199, Comes With A 'Lifetime Unlimited ...