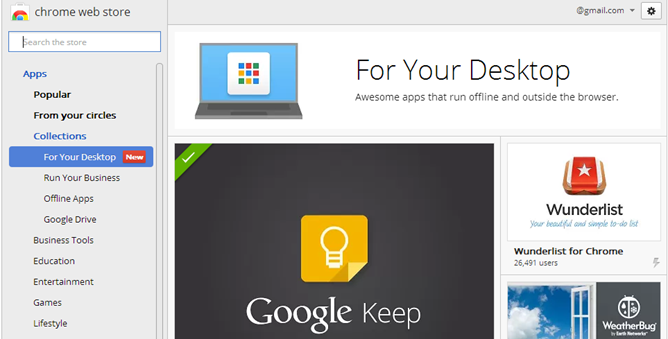 So what kind of apps populate this new section of the Chrome Web Store? This new type of Chrome app functions more similarly to what we've all grown accustomed to using on our desktops and tablets. For the most part, these are apps that present online content in a more streamlined way, like the Pocket app, or allow an online service to feel more like offline software, like Any.do. Remember the 500px app that Google showed off when it first unveiled the Pixel? That's there too.

Straight from Google, here's what to expect from the new Chrome Apps:

As a Chrome OS user, it's easy to grasp why I'm hyped about this, but that doesn't mean this news is irrelevant to Android. Google's long-term plan is to bring this same technology to mobile platforms, as the company wants these apps to be accessible anywhere Chrome is. Right now that means Chrome OS and Windows, but the functionality will come to Macs in six weeks, and then it will come to Android sometime after. Google aligned Chrome releases across all platforms earlier this year, and this is the natural evolution.

Google wants developers to view creating apps for Chrome as the easiest way to create cross-platform software. Regardless of your operating system of choice, it's an exciting time to follow Chrome.