AT&T is making the Samsung Galaxy Tab 3 7.0 available on its LTE network. This is the almost same tablet you can get online without the LTE, but it costs a bit more here. What? LTE modems don't grow on trees.

The tablet's full price is $299, but you get a $100 break if you do the contract. Alternatively, AT&T Next offers the Galaxy Tab 3 7.0 for $15 per month. Just remember this tablet is under $200 in WiFi-only form. You're paying a premium for the integrated LTE. 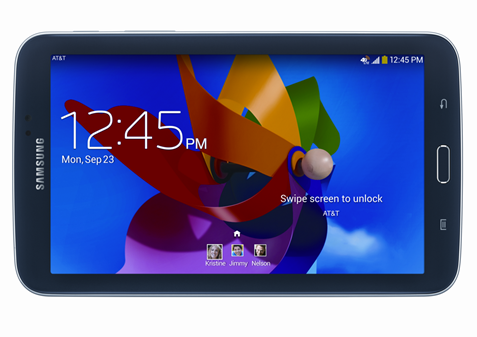 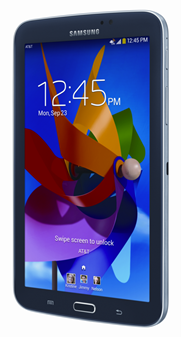 · The Galaxy Tab 3 is built with the same IR blaster that’s in your standard TV remote, and with Samsung WatchON™

· Multi-User Accounts allows up to eight separate users per tablet, allowing each user to create their own settings, files, and apps.

· 16GB of internal memory, as well as a microSD slot for up to an additional 64 GB of storage

· The AT&T Locker app includes 5 GB of free storage to automatically upload and back up your photos and videos in AT&T’s cloud.** Available for a limited time, customers also receive 50GB of free storage with AT&T Locker (using the latest version of the app users can upgrade to the free 50GB by selecting the Account tab and My Plan)

The Moto X Is Now Available On Sprint – $99 On-Contract For New Customers Porting A Number, ...