Every time Google pushes out a new version of Android, they lift up a new statue in front of the Googleplex commemorating whichever sweet desert serves as the current codename. When the company revealed Android 4.4 yesterday and its codename "KitKat," they released a photo of the new statue standing in front of similar ones for Jelly Bean, Ice Cream Sandwich, Honeycomb, Gingerbread, etc. Those statues are all made by the same company, Themendous, and those fine folks have released photos documenting the creation of the latest statue. 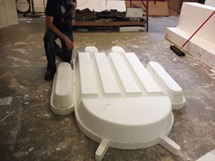 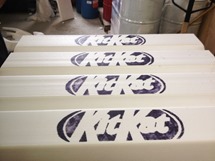 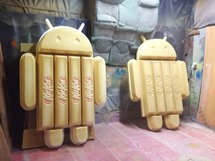 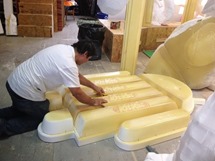 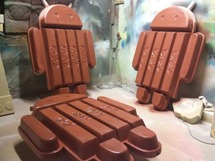 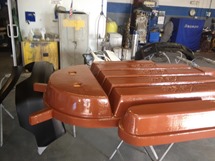 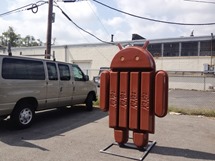 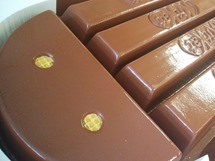 The choice of the name KitKat has bothered some for being Android's first use of a trademarked name (in this case, one owned by Nestle), but apparently it was all in good fun. Google has paired the announcement of the new version with a Nexus 7 giveaway, and now Android-themed KitKats are heading to store shelves, with buyers just having to check the wrapper to see if they've won. I don't know about you, but after looking through Themendous's photos, I wouldn't mind picking up a few KitKats later today. It's just a shame the promotion doesn't start for another two days.

I've shared nine photos above, but the entire album contains 16 more. Take a look, and after that, who's ready to start taking guesses at which statue Google will ask them to make next?