The LTE version of the new Nexus 7 still isn't that easy to get your hands on, but a new update has rolled out for those of you who happen to own this slightly more expensive version of what is already a solid tablet. Like any new device, the Nexus 7 comes with a handful of bugs. Build number JLS36C doesn't do much, but it changes a bunch of system files, patching both the radio and the recovery. 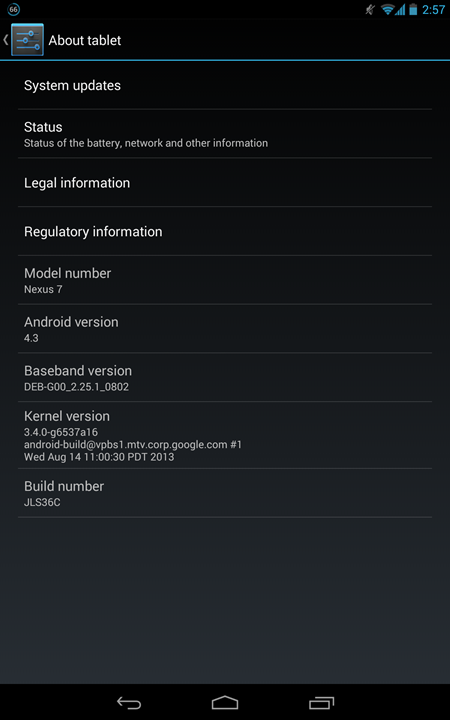 You can wait for the OTA to roll out to your device, or you could even start repetitively tapping the update button under system settings, but either way, it might take a while to show up. If waiting isn't your strong suit, we have a download mirror available.

The .zip file is only 15MB in size, so it shouldn't take long to download. It's even small enough where you could use the LTE Nexus 7 to download the file on the go without leaving much of a dent in your data plan. The name of the download is long and intimidating, but don't pay that any mind.

[New App] Sidebar Plus Arrives In The Play Store With Customizable Sidebars Full Of Widgets, ...

Qualcomm Gets In On The Smartwatch Trend, Announces Qualcomm Toq With Mirasol Screen