If you live in the US and want to get your hands on the Moto X for less than $199, be patient. The price isn't dropping just yet, and carriers are rolling out promos as they pick up the handset. The Moto X is now available on US Cellular, and they're offering one of the more sizable discounts yet. The phone will still cost $199 with a two-year contract, but if you're creating a new commitment, US Cellular will mail you a $75 MasterCard Debit Card as a "Switcher Bonus." This deal won't work for current customers who are upgrading, but it is still offered to those who are interested in adding a new line. 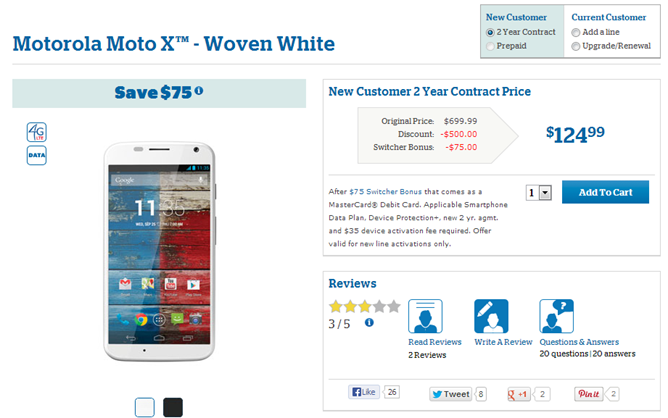 This is the same Moto X you already know so much about. It's currently only available in both black and white, as AT&T has an exclusive hold on the customization features for the time being. But US Cellular customers will still get access to the Moto X's touchless control and camera gestures that are reason alone to pick up the handset.

Moto X on US Cellular