IFA is well under way in Berlin, and Sony is the first manufacturer to let loose with a volley of hardware clamoring for your bleeding edge dollars. The Xperia Z1 (nee "Honami"), the sequel to last year's flagship Xperia Z, was just revealed in Sony's press conference. It's a modest bump to most hardware with a massive, massive focus on the camera. As leaked in multiple reports, the Z1 sports a 20.7 megapixel rear camera, soundly smashing current-generation Android competitors. 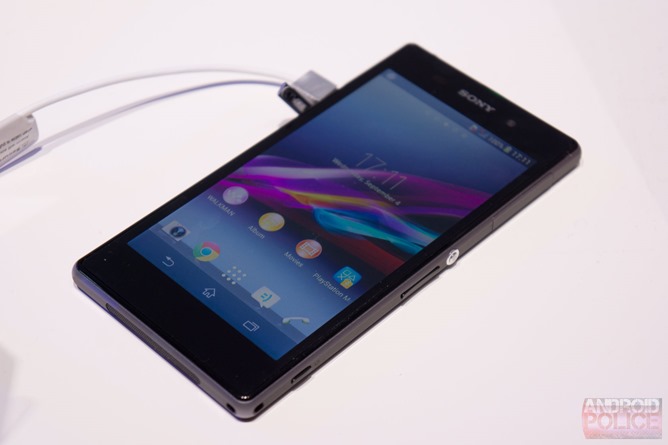 Sony isn't just competing in pure megapixels, either. The CMOS camera sensor is 1/2.3" large sitting behind Sony's "G" lens, which uses a 27mm wide-angle glass and F2.0 aperture. In non-tech speak, that means it's fast and well-equipped for low-light shooting. Sony is chirping up its "BIONZ" image processor, not to mention a suite of software features including visual search, augmented reality, and various social add-ons. The Social One software allows for live video streaming to Facebook.

The rest of the hardware is nothing to sneeze at. The screen is a 5" 1080p LCD which seems to be par for the course for current high-end smartphones (though Sony is hyping its "Triluminous" technology). But underneath you get the potent combination of a Snapdragon 800 processor (2.2Ghz quad-core), Adreno 330 GPU, and 2GB of RAM. Storage is a bit limited at 16GB, but at least you get a MicroSD card slot to play with. The non-removable battery is a respectable 3000mAh. Software is Android 4.2.2 with Sony's added skin and apps. 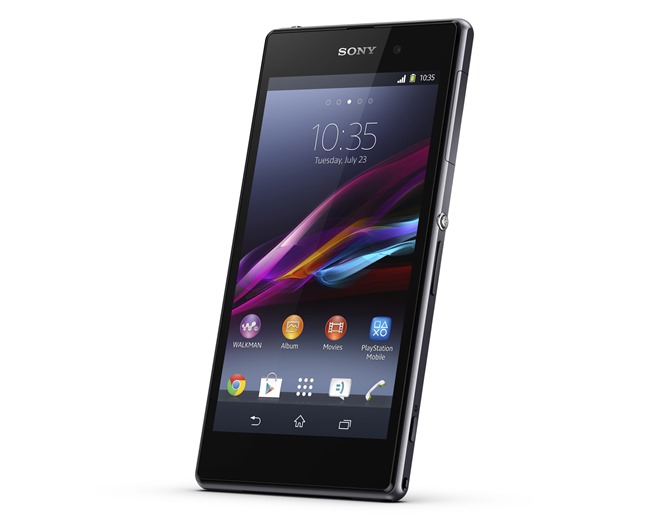 It's all wrapped in a body that looks more than a little bit like the Xperia Z, thanks to a glass back and metal frame. It gets the same relative resistance to water and dust as the previous phone, but strangely, Sony has actually made it a tiny bit thicker at 8.4mm, probably to help fit in a larger battery and all that camera tech. 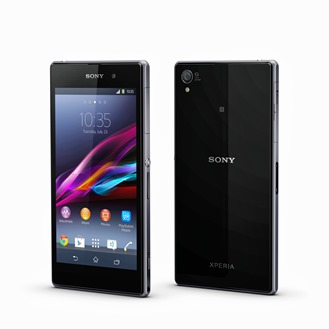 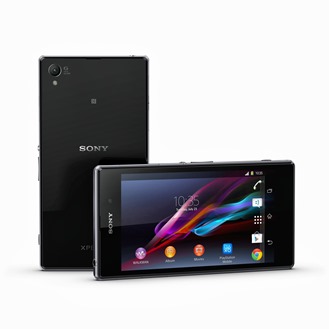 The Xperia Z1 will go on sale worldwide later this month in black, white, and purple colors. Sony is keeping mum about carrier availability and pricing. Photos and hands-on will be coming soon.