ASUS re-announced at IFA today a slew of new devices, some of which aren't actually new. We first heard about the Transformer Book Trio back in June when ASUS Chairman Jonney Shih introduced just under a dozen products in under an hour. The Transformer Book Trio is billed as a"three-in-one" ultraportable, though there are only two pieces - a tablet and a keyboard dock. If you're familiar with the ASUS Transformer line of products, there is nothing new about this form-factor. 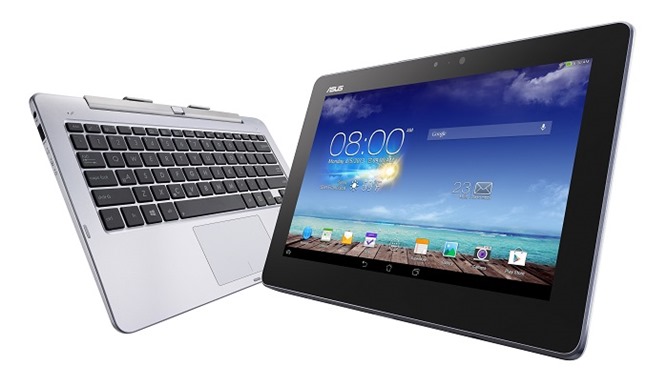 What is new is the way this device can be used by one person as a laptop or by two people as a separate tablet and desktop PC, due to fact that the keyboard dock isn't useless when the tablet is detached. Users can switch between Android and Windows 8 at the press of a button (one guess which OS I prefer), and they can still use the latter with just the keyboard dock by plugging in an external display via Mini DisplayPort or micro HDMI. 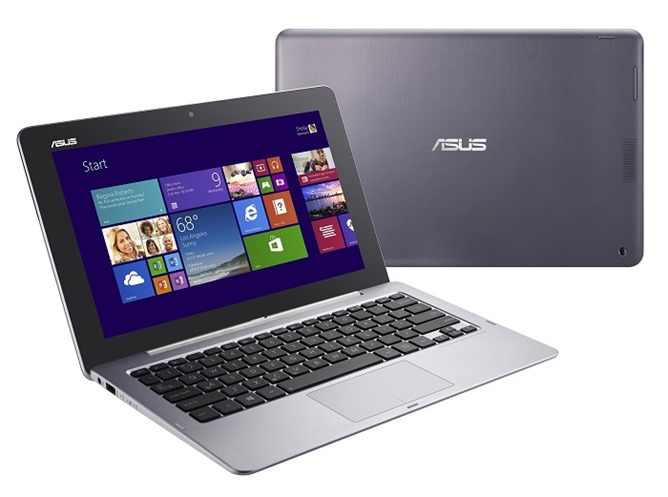 Android 4.2 is crammed into the tablet portion of the Transformer Book Trio and is powered by an Intel Atom Z2760 1.6GHz processor and 2GB of RAM. Buyers will get to choose between 16, 32, and 64GB of storage space.

Windows 8 rests in the keyboard dock and is powered by an Intel Core processor (up to i7). This section has 4G of RAM and up to 1TB hard drive. Though the operating systems are stored separately, user data can be accessed from either one.

Thanks to the two separate batteries, users can expect 13 hours of battery life under Android and 5 under Windows. The screen itself is a 1080p display crammed into an 11.6-inch display. That may not be top-of-the-line for Android, but it's very impressive for Windows 8.

As for pricing and availability, well, ASUS has yet to share those details.

Unique 11.6-inch ultraportable combines a detachable Android tablet with a keyboard dock that is also a self-contained Windows 8 desktop PC

Berlin, Germany (4th September, 2013) — ASUS today announced Transformer Book Trio, a new breed of ultraportable device with a two-part dockable design that can be used by one person as a laptop, or by two people as a separate tablet and desktop PC. With the ability to switch between Windows 8 and Android at the press of a button, Transformer Book Trio offers unmatched three-in-one flexibility for users who want the best of all mobile worlds.

ASUS Transformer Book Trio features a sleek and durable metallic design powered by a 4th generation Intel® Core™ processor for seamless multi-tasking performance and outstanding energy efficiency in Windows 8 laptop mode. When it’s time for entertainment to take over from productivity, the 11.6-inch display detaches from the ‘PC Station’ keyboard dock for use as a multi-touch Android tablet with its own Intel Atom™ dual-core processor and up to 64GB of solid-state storage.

With the display docked, Transformer Book Trio can switch instantly between Windows 8 and Android 4.2 by pressing the dedicated ‘Trio’ key on the keyboard, with data shared between the two operating systems via the tablet’s storage. Unlike other dockable ultraportables, Transformer Book Trio’s PC Station is not dead weight when the tablet display is detached. With an external display connected via Mini DisplayPort or Micro-HDMI, the PC Station can be used as a self-contained desktop PC featuring Windows 8, which means two people, in two different places, can use the Transformer Book Trio at the same time.