Alcatel unveiled a new line of smartphones at IFA today, none of which are coming to the US in their current forms. However, similar devices are destined to arrive stateside, and with what they've shown off thus far, this is something to get excited about. Lets start with the Alcatel One Touch Hero, a powerful offering that's more notable for what goes on the phone than what goes in it. 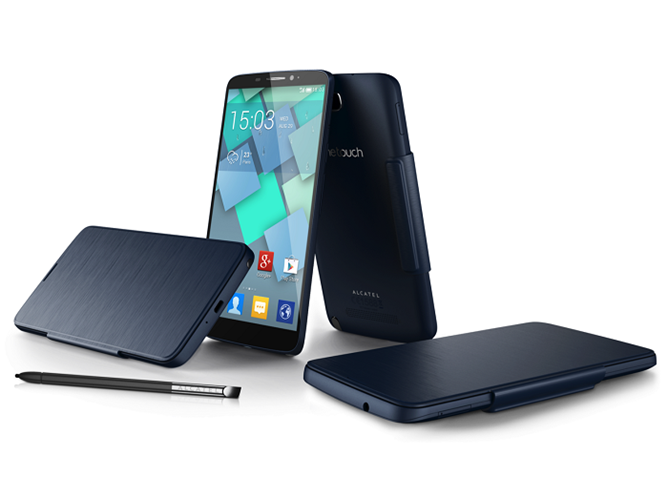 Lets get this out of the way from the beginning - the One Touch Hero is no slouch. It has a 1.5 GHz quad-core processor, a 13MP camera, a 3400mAh battery, and a 6-inch display. That said, I don't care. What matters here are the cool accessories that will be available for the device. It comes with a stylus, making it an obvious competitor to the Galaxy Note but with a screen ready to take on the Galaxy Mega. More distinctive, though, is its e-ink cover. This comes with a second screen that enables users to read newspapers and magazines on a display that resembles physical paper. There's also the MagicFlip cover, which offers LED notifications of alerts. 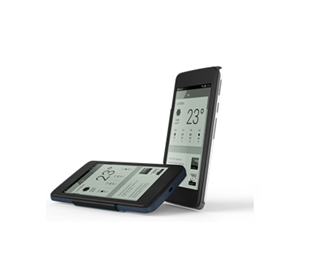 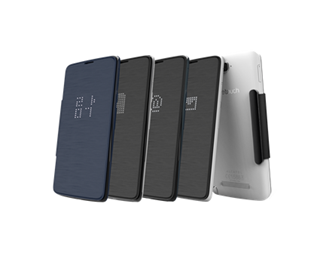 Want more functionality? The One Touch Hero supports wireless charging, projecting the screen using a tiny projector, and pairing the massive handset with a smaller phone that may look less awkward held up against an ear. I'm not sure what it says about the evolution of smartphones that we now need a separate phone to use our phones, but that's neither here nor there. 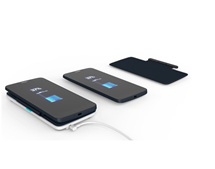 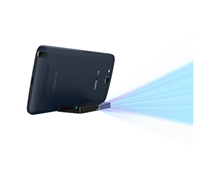 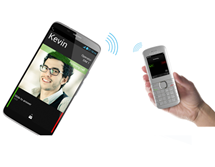 The other devices announced include the Idol Alpha, the Idol X, the Idol S, and the Idol Mini. The Mini and the S were both prematurely revealed a few days ago, but Alcatel pulled them back once they apparently realized that they also wanted to save these handsets for IFA. The Idol series as a whole is aimed at users who want a more typical-sized phone than the Hero, and it includes devices that range from the high-end to midrange devices. The Alpha comes with a 4.7-inch 720p display and has a 1.2 GHz quad-core processor. At the opposite end, we have the Mini with a 4.3-inch 480 by 854 display and a 1.2 dual-core processor. 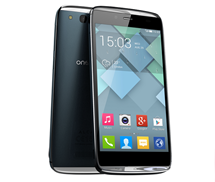 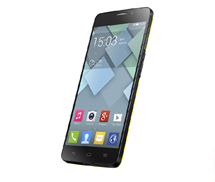 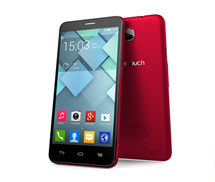 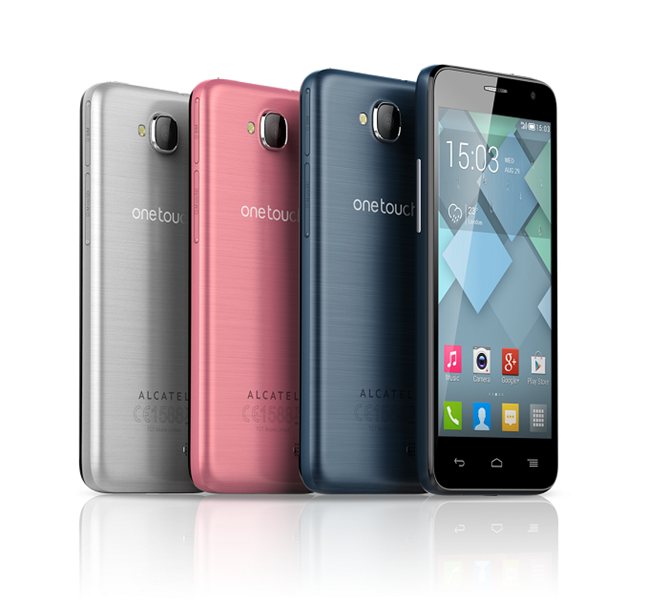 These devices are rolling out this month, except for the Hero (due out in October), and the Alpha (marked for Q4 2013). Again, none of these are slated for the US in their current form, but Alcatel intends to announce similar devices that are by the end of the month.

Berlin, September 4th 2013 - Want your phone to be smarter? ALCATEL ONE TOUCH presents the HERO.

Featuring a 6” Full HD IPS display, 1.5 GHz Quad Core processor and 13 megapixel camera, the HERO has a 3400 mAh battery to keep you going for longer. As usual it comes in a beautiful design.

The HERO comes with a stylus which transforms the phone into a creative enterprise tool letting you annotate, create memos and professional sketches. It is loaded with apps that fully utilize hand writing recognition, which enables desktop like functionality to create and edit office documents on the go.

There are other smart features too like wireless mirroring that lets you share your phone screen onto a computer monitor effortlessly to play a video or share important presentation by a TV Link connectivity device.

The inductive wireless charger allows users to charge their phone with just one flip. Simple and quick! Just flip the cover and place it on the charger, the phone will be charged instantly.

Extend your display with the E Ink cover. Read newspapers and magazines on a second screen with this fresh digital experience. The technology enables users to read as if physical ink and paper on their mobile device with the stable image and wider viewing angle.

However the innovators behind this great device did not want the experience to stop there. What makes this device a true original is the MagicFlip, which notifies the users of everything the smartphone does. Stay informed about the most important updates directly via the cover with the embedded LED.

Even better still a tiny companion bluetooth enabled accessory phone allows you to receive SMS, calendar entries, place voice calls, sync phonebook and so much more without removing the larger device from your pocket or bag.

Finally, project your phone screen anywhere. HERO introduces a whole new way of viewing media and doing business with the Pico Projector. Enjoy an image larger than 70” with 12Lm for all your multimedia presentations or movies.

The HERO is challenging the conventional smart phone category, merging technologies and enabling users to personalize their device to suit their passion with a wealth of accessories.