Totem Runner sounds like just another endless runner, possibly set place on a tropical island and starring an offensively stereotypical tribesmen of some kind. While your first hunch wouldn't be too far off the mark, this game dishes out a particular twist that just may come as a surprise. The provided experience is what you get if you take all of the Animorphs (too old?) and combine them all into one character, then turn that guy into a fierce warrior that looks strong enough to make me wonder why he needs to turn into an animal in the first place. He's tasked with saving the world, and he will need to tap into all of your powers in order to do so. 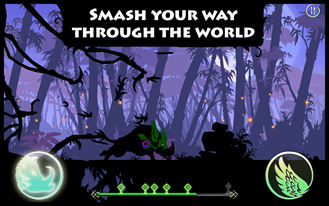 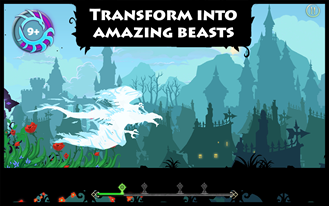 That said, this is still an endless runner. It's a genre with many entries, and I wouldn't blame anyone for considering the selection a little stale. Still, if Totem Runner's gameplay doesn't immediately grip you, its graphics might. Both your character and the landscape are depicted by silhouettes. It's an art style we've seen increasingly often, and while there's no accounting for taste, I don't particularly mind.

The controls are simple and the atmosphere is satisfying, including the moody audio and the heavy sense of movement. The title screen doesn't give the best first impression, but the gameplay itself is far more polished. It's available for free, but the full game can be unlocked in-game for 99 cents.

KitKat Shows Off New Features Of 'KitKat 4.4', The Future Of Confectionery