We've shared some rather cool things you can do with Google TV in the past, but if you happen to have one, chances are you actually want to use it for watching video every now and then. While Netflix, Crackle, and YouTube may be enough to provide your movie, sitcom, and cat fix, none of them offer much in the way of news reporting. Now there's no chance I could introduce a source that would please all of our readers, but I'm sure at some of you will be pleased to know that AOL has released HuffPost Live for Google TV. This video-streaming app doesn't just offer content, it streams it live and empowers you to join the conversation. 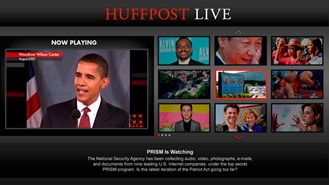 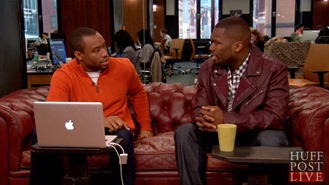 If you're already familiar with HuffPost Live, you know viewer feedback is delivered in multiple ways. Sometimes hosts read messages on-air, and other times they invite viewers to join them on the show directly. The video content is pulled from topics on The Huffington Post and ranges from current events to pop culture, tech, and parenting. Again, this won't appeal to everyone, but then again, nothing on TV ever does.

[New Game] Chillingo Releases Totem Runner For Android, Pits Players As A Shapeshifter Who Must ...

Google, Nestle, And Android 4.4 KitKat: Here's How It All Went Down