Traditionally, Google has stuck with generic names for Android versions: Cupcake, Donut, Éclair, Froyo, Gingerbread, Honeycomb, Ice Cream Sandwich, and Jelly Bean. Thus, when the big unveiling of 4.4, codenamed KitKat, happened out of nowhere this morning, the web was abuzz with questions. How can they do this? Is this a joke? I thought the name KitKat was "trademarked!" Well, there's a very simple answer to all these questions: it's a mutual partnership. 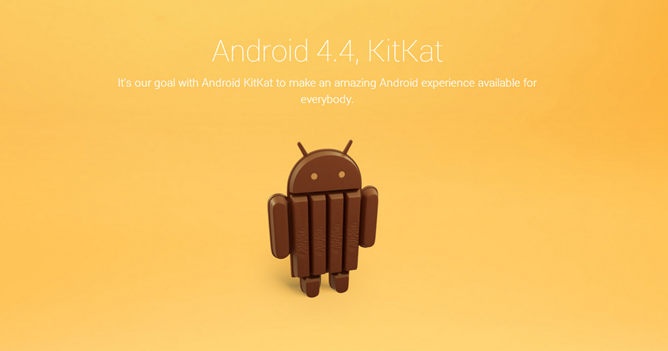 In an interview with BBC News UK, both Nestle and Google spilled the beans on exactly how this co-branding and partnership came to be, and it's actually quite fascinating.

Originally, Google was going to use the long-rumored codename Key Lime Pie, but after realizing that "very few people actually know the taste of a key lime pie," the company opted to change the name at the end of last year. Someone (presumably on the Android team) suggested KitKat as a name since the company keeps KitKats "in the kitchen for late-night coding" snacks.

After a bit of digging to find who actually controlled the KitKat name, Director of Android Global Partnerships John Lagerling gave Nestle a call to pitch the idea to them. The following day, Lagerling joined a conference call with Nestle, and the agreement was made just 24 hours later. Nestle Marketing Chief Patrice Bula claims it took them less than an hour to make a decision, stating that he was aware of the risks that could potentially arise from the co-branding.

"Maybe I'll be fired," he said, "when you try to lead a new way of communicating and profiling a brand you always have a higher risk than doing something much more traditional. You can go round the swimming pool 10 times wondering if the water is cold or hot or you say: 'Let's jump.'" And jump they did – the companies held a secret meeting at Mobile World Congress in Barcelona this past February to finalize the details.

Here's where things really get interesting. In order to keep the new name and partnership under wraps from the media, Google employees privy to the deal continued using KLP as the moniker for the upcoming version of Android – even when discussing details with manufacturers and, in many cases, other Google employees. In fact, most Googlers didn't know about KitKat until the statue was erected in Mountain View. That explains why we haven't heard a single rumor surrounding the new name – Google and Nestle managed to keep everything quiet for nearly a year. That's impressive.

The final aspect of this deal worth talking about is that it's not a "money-changing-hands kind of deal," according to Lagerling. They wanted to do something "fun and unexpected," so neither company is paying the other for the partnership. It's just two giants in their own respective fields coming together for a bit of a good time, but the benefits will likely be seen across the board for both parties.