As soon as Android head Sundar Pichai tweeted the image of a KitKat-themed Android statue on the lawn at Google, it was on. The official KitKat twitter account got in on the fun, and the Android KitKat website went live with a confirmation that it was indeed going to be Android KitKat. What's more, this is not Android 5.0. This is 4.4.

The Android KitKat site has a neat little retrospective of the entire Android version history and a bit of info about a contest. Special Android-branded KitKat packaging is heading to stores, and you could win a Nexus 7 or Google Play credit by checking the wrapper. So, no Google isn't going off the reservation and stealing a trademarked name. KitKat is working with Mountain View, but Google has said that neither Nestle nor Google paid the other for this arrangement. The contest will be offering up 1000 Nexus 7 tablets, 150,000 $5 Google Play credits, and 20,000 coupons for a free 8 ounce bag of Kit Kat Minis. It all kicks off September 6th and runs through January 31, 2014. 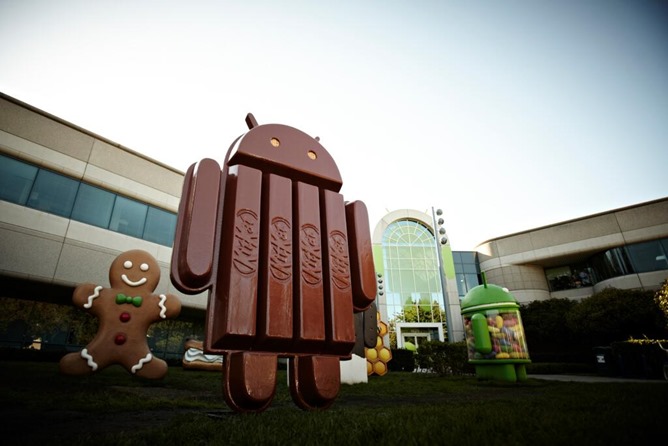 We don't have any features or release date details as of yet, but the next version of Android can't be far off now. In fact, Google tends to release new versions with new hardware, so maybe the new Nexus phone is on the way too.

The Nymi Bracelet Can Unlock Your Android Devices By Reading Your Heartbeat, Pre-Orders Now ...