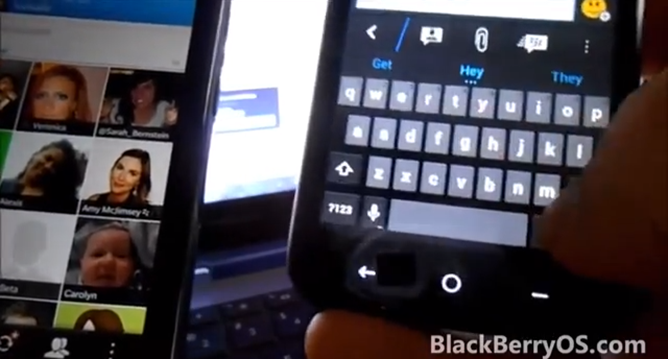 The app looks largely the same as it does on BlackBerry 10. Tabs are strung across the bottom of the screen, and the interface for accessing contacts and groups should look familiar to anyone accustomed to using the app on its native OS. Even the chime played when a new message arrives is identical.

Since Apple and Google entered the smartphone arena, BlackBerry has been slow to adapt, making key changes only years after enough people would care to keep them afloat. As nice as the BBM port appears to be, this may ultimately again be too little too late. Android and iOS users have had years to rely on alternative services now, and mobile instant messaging is a very competitive field.

[Editorial] Microsoft Buys Nokia: What It Means (And Doesn't Mean) For Android