Today Android has officially passed one billion activated devices, according to Google's Vice President of Android, Chrome, and Google Apps, Sundar Pichai. To help celebrate this momentous occasion, there's a new Bugdroid-themed statue hanging out at the entrance to Google's Mountain View campus.

We now have over 1 Billion Android activations and hope this guy in front of the building keeps that momentum going pic.twitter.com/V0VovgmObl

Yup, that's a KitKat Android. We've all been waiting to hear what the post-Jelly Bean OS would be called, and many people has assumed that it would be Key Lime Pie. Assuming that the statue indicates the name of the next Android revision (and that is a big assumption) it would be the first time that Google licensed a brand name for Android.

Of course, there's no confirmation that this is actually indicative of a new version. Give me a break, Google.

Update: Just kidding, they're totally naming the next version of Android after KitKat. The new site reveals the name and Android 4.4 version number and not much else, but Google and KitKat have unveiled a new promotion with the chance to win a free Nexus 7 2013 or Google Play Store credit. 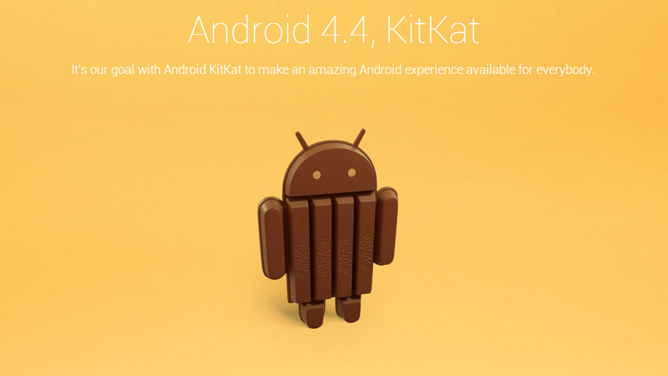