Just yesterday we shared leaked photos of the upcoming but unannounced Sony Xperia Z1, otherwise known as the Honami. The folks at XperiaBlog shared a collection of official rendered press photos, and now they've got their hands on a full press release and specs ahead of tomorrow's planned unveil at IFA. Altogether, it's nine pages of material reminding us that Sony's successor to last year's Xperia Z flagship should be quite the impressive piece of tech. 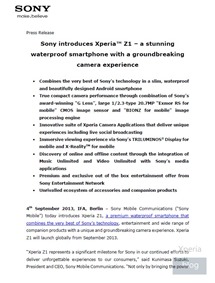 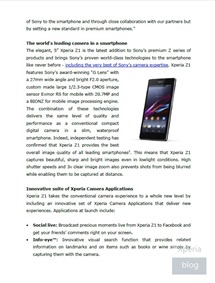 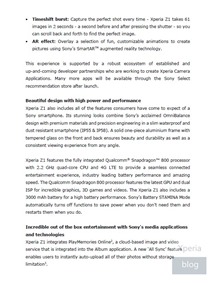 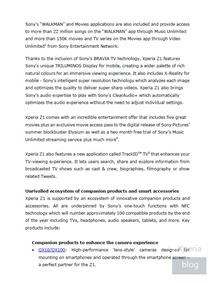 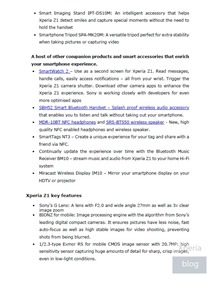 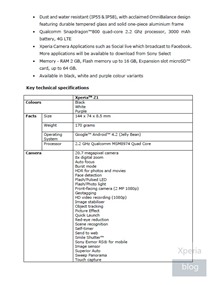 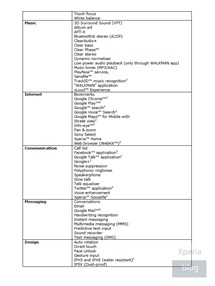 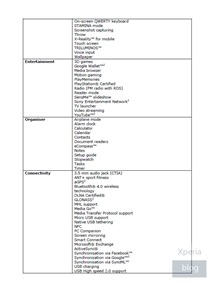 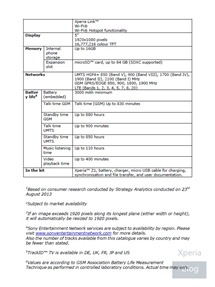 It's a lot to sift through, so if you're not interested in skimming through all the nitty-gritty yourself, here's what's interesting, including a few things we already knew. The Xperia Z1 will ship with a 2.2GHz Qualcomm MSM8974 quad-core processor, 2GB of RAM, up to 16GB of internal memory, and a micro SD card slot. On the back, this phone rocks a 20.7MP camera with 8x digital zoom. A 2MP camera sits on the front. The phone comes with Android 4.2.2 and pushes pixels to a 5-inch 1080p screen. All of this is powered by a 3000mAh battery. Oh, and the phone's waterproof. It will be available in black, white, and purple.

The press release mentions the QX Lens camera that has also leaked ahead of tomorrow's announcement. If the included 20.7MP camera isn't enough, you might want to give that attachment a look.

KitKat Shows Off New Features Of 'KitKat 4.4', The Future Of Confectionery