The Muku Shuttr is a simple piece of hardware that reached its Kickstarter funding goal in under a week, ending its campaign with almost ten times its original goal. It appeared an audience was ready and waiting for a mobile camera remote shutter.

I'm generally fascinated by the variety of mobile photography accessories pouring out of Kickstarter lately (I eagerly backed the Lumu light meter and am awaiting my unit now), and naturally wanted to give Shuttr a try. I've had a little time to experience the device now, and have found that, essentially, it's exactly what it looks like – a simple, keychain-sized remote shutter release powered by Bluetooth. Let's take a closer look.

The Muku Shuttr is an extremely simple device – it's a rectangle with a button about 2/3 of the way toward the bottom and one toggle on each side.

Looking at the front of the device, the right toggle turns the device on or off, while the left toggle switches between Android and iOS modes. The toggles are cleverly designed to remind you which is which – the power toggle has a raised bump in the middle for easy contact, while its counterpart has a sunken section, making it hard to accidentally switch modes.

The central button, of course, is the shutter release. There's also a tiny LED light above the button to indicate power and button presses.

While the Shuttr has a hole for keychain attachment, I couldn't get used to its presence with my keys. It's just a little too big for that in my opinion, though if you don't mind the bulk, it'll fit right in. It's definitely small enough for a bag or pocket, though.

Included with each unit is a nice rubber suction-cup stand. This is meant to be attached to your phone so that the remote can fulfill its purpose of allowing for hands-free photo capture. 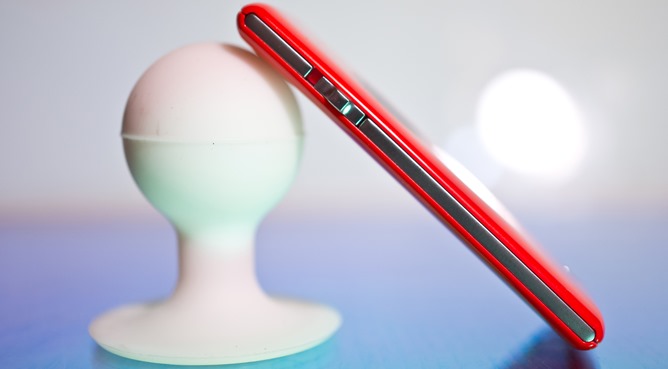 It's a nice inclusion, but a little awkward in my experience with the Nexus 4. The stand couldn't really hold the phone in a position that would make sense for taking photos. Placing the suction cup on the back pointed the camera a bit too low, and placing it on the front made the angle too high. In my opinion, the utility of a remote shutter is the ability to perfectly compose a shot and then capture it without touching anything. The Shuttr would be put to much better use with another stand accessory. 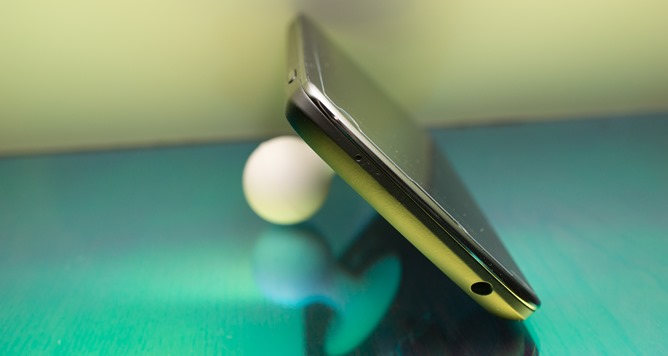 Pairing and snapping with the Shuttr is also exceedingly easy. It pairs automatically through Bluetooth, and shows up in Android's BT settings as a keyboard. 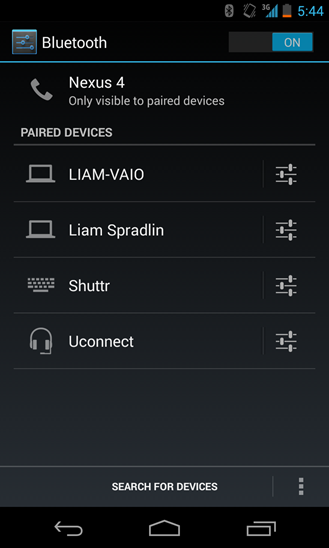 Once paired, you simply hold the central button to focus, and release to fire off a shot. One feature I would love to see implemented in the Shuttr is a button that can be half-pressed like many cameras' shutter release, allowing the user to change their mind and cancel a shot. With the ability to quickly delete photos from the Android gallery this isn't really a big deal, but it would make the experience a bit better.

Since the Shuttr is essentially a single-key keyboard, the button does other things too. It appears that the OS switch toggles the key's function – it will fire the stock Android camera in either mode, but outside the camera, the Shuttr in iOS mode will turn up your device's volume. In Android mode, it selects things on the screen like app icons, the Google search bar, etc. 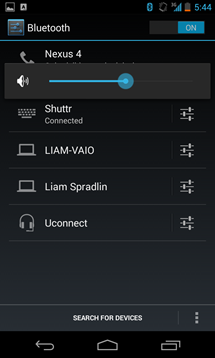 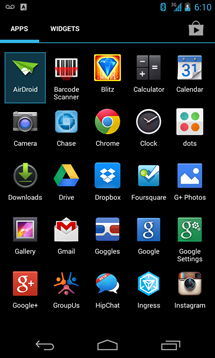 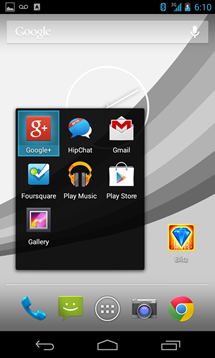 Of course, the downside to the Shuttr being recognized as a keyboard is that, as long as it's paired and turned on, you won't be able to tap a text field and make use of whatever default software keyboard you've got running. This, again, is a small complaint since the device comes on quickly and can easily be switched off to send a mid-photo session message.

Though I don't have a phone tripod or other fancy mobile photo gear (yet), I can definitely see that the Shuttr allows for more stabilized photos. When shooting with just a phone (or dare I say a tablet), it's usually tough to get a stable, non-blurry photo in low-light situations or when aiming for HDR exposures. Being able to death-grip a phone with one hand and click the shutter with the other helps a lot, though using it with accessories like tripods would be even better.

Device compatibility is kind of a gray area for the Shuttr. Muku specifically calls out the Samsung Galaxy S4, Note 2, 8, and 10, and the Nexus 4 as compatible, the HTC One, One X+, and Sony Xperia S and Z as compatible with an app (more on that in a moment), and state that they "do NOT recommend other Android phone which is not mentioned above" [sic].

Presumably, this is a situation where the above-listed devices were tested, and others weren't. In my experience, the Shuttr worked with the Nexus 10 and Galaxy S3 just fine, despite being absent from the officially supported list.

The app Muku mentions is Shuttr Camera, a dedicated camera app with an interface reminiscent of Ice Cream Sandwich. Without digging into the app itself, I can only speculate that this basic camera app is meant as a control for untested devices that may have manufacturer-made camera apps incompatible with the Shuttr.

Muku indicates a requirement of Bluetooth 3.0+ and Android 4.1+ to use the Shuttr with compatible devices, so if your handset meets those criteria, it's probably safe to assume you'll be able to use the Shuttr.

Right now, the Shuttr is still up for pre-order from mukulabs.com at a price of about $40. Special "Black Hole" (pictured) and "Midnight Sun" editions are available for an extra $10. Is it worth the cost?

The Muku Shuttr works well, is a tiny, discreet device, and isn't too expensive. On its own it's a pretty good experience, but I could see it being much more useful when combined with other accessories (specifically tripods or other stands) or even an Android-powered camera.

If you're a gear hound who's into mobile photography, the Shuttr is worth picking up. Even a user who isn't totally entrenched in mobile photography or an average user with a shaky hand may find it useful. It connects quickly and works reliably enough to capture a moment with minimal delay.

In the end, I'd classify the Shuttr as a "nice to have" product. It's a decent experience, at a decent price, with decent functionality, but by no means is it a must-have for every user.

Android Police Live At IFA 2013: What To Expect From One Of The Year's Biggest Electronics Shows