If you're into the idea of a smartwatch but haven't quite been swayed by the current offerings, Samsung's Galaxy Gear is likely on your radar. If you thought that's the only watch tech to look forward to, however, think again. Word just broke that Google purchased a smartwatch manufacturer about a year ago, right under everyone's noses.

That manufacturer was called WIMM, and it created an Android-powered watch called the WIMM One. Shortly after the watch's launch, however, the company closed up shop, deleted all its social media accounts, and left its website as nothing more than an empty shell with a note stating the company had "entered into an exclusive, confidential relationship for our technology and ceased sales of the Developer Preview Kit." And just as quickly as it showed up, WIMM was no more.

Not a single tear was shed. 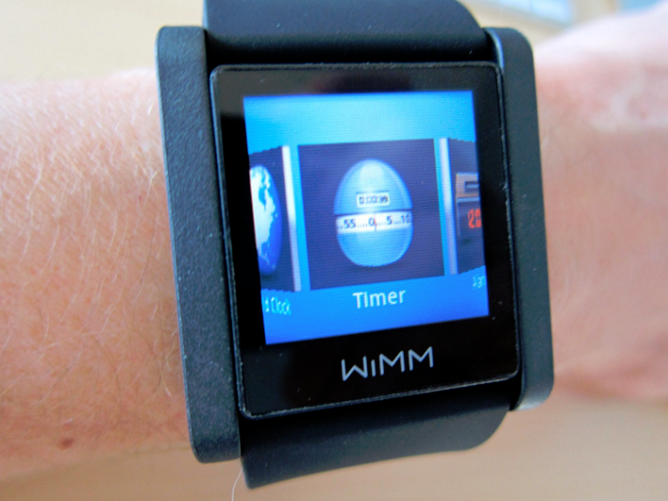 Fast-forward to today, and GigaOM has gotten word that it was none other than Google itself that purchased the watch maker. The company is reportedly now working as part of Google's Android team – a decision that makes perfect sense, as the watch was originally running Android anyway. But wait, there's more!

GigaOM goes on to speculate something quite interesting: Andy Rubin stepped down as head of the Android team back in March of this year to head up a still-unannounced project elsewhere within Google. Could it be software for an upcoming Google Smartwatch? Sounds likely, though there's absolutely nothing to confirm (or deny) that claim. It's merely speculation. To that end, we've also heard from a reliable source that Motorola is actually the one building the hardware. It's all starting to add up.

So, when can we expect this mystery Google smartwatch? Hard to say, really, but it's safe to say that one's coming ... eventually.