Samsung really crossed the streams when it announced the Galaxy NX Android camera back in June – mashing up a high-end mirrorless camera with Android. It's a rather bizarre idea, but actually looks like an interesting device. Samsung neglected to announce a price, though. Well, now it has, and you're not going to like it. The Galaxy NX will cost $1,599 for the body with no lens, or $1,699 for the body and a standard 18-55mm zoom lens. 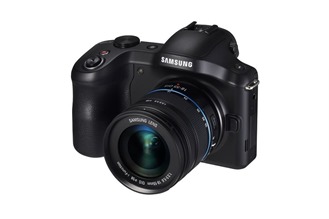 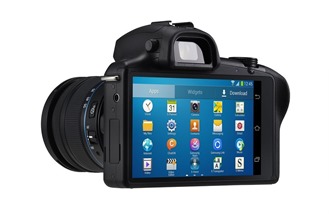 The Galaxy NX has a 20.3-megapixel APS-C sensor, ISO sensitivity up to 25,600, 1080p video recording, and a 4.8-inch 720p touchscreen. It is powered by a 1.6GHz quad-core Exynos processor and runs Android 4.2.2 with full access to Google services. The camera has WiFi, of course, but there should also be LTE connectivity. Although, Samsung neglected to mention it in the PR. Odd. 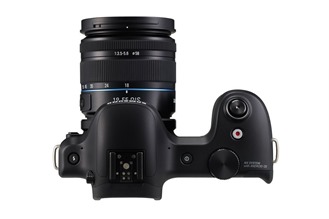 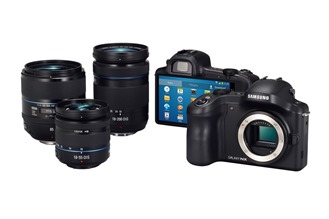 Pricing leaks in the UK previously suggested a retail price of nearly $2,000. It's not quite that spendy, but still up there. If $1,599-1,699 sounds like a reasonable amount of money for what is probably a good camera, then start saving your pennies. The Galaxy NX should be on sale through Samsung and other outlets sometime in October. Full PR is below.

RIDGEFIELD PARK, N.J. – August 29, 2013 – Samsung Electronics America, Inc., a market leader and award-winning innovator in consumer electronics, today announced pricing for the GALAXY NX SMART camera; the first connected Compact System Camera (CSC). The GALAXY NX will be available $1,599.99 (body-only) or $1,699.99 (bundled with an 18-55mm lens) and will be available in U.S. stores in October, just in time for the holiday shopping season. Adaptable and simple to use, the GALAXY NX combines cutting edge optical performance with connectivity capabilities and a variety of applications based on the Android eco-system, all in one stylish package.

"Photographers today live mobile lifestyles and they demand tools that allow them to share their work – in stunning detail – instantly," said Ron Gazzola, Vice President of Marketing for Digital Imaging. "The GALAXY NX camera represents the pinnacle of technology convergence in our 2013 SMART camera line, successfully marrying the benefits of our GALAXY Camera with the imaging prowess of the award-winning NX interchangeable lens SMART cameras."Android Integration

Powered by the Android 4.2 Jelly Bean operating system, the GALAXY NX offers a professional-level photographic experience with the simplicity and familiarity of a smartphone. Users can choose from a variety of Android apps to help personalize their GALAXY NX and do more than just shoot amazing photographs and video - from editing images to adding special effects to staying in touch with friends and family.

The flexibility offered by the GALAXY NX's selection of Interchangeable Lenses places creative control firmly in the hands of the photographer, opening up a world of imaging possibilities, whatever the scenario. From compact pancake lenses and an ultra-wide fisheye, to exquisite longer prime and zoom lenses, the extensive optics portfolio helps users create images that are truly special.

The GALAXY NX is teeming with options to capture life's memorable moments. Photo Suggest provides location-based recommendations of popular photography spots, sourced from a huge library of images taken by fellow photographers across the world. Story Album lets users relive memories by displaying special moments on one timeline, reframing and resizing them to create digital photo books that can be viewed and shared on other devices.

The GALAXY NX boasts more than 30 Smart Modes, allowing users to select the optimum settings for almost any scenario, as well as create fresh, artistic images. 'Multi Exposure' merges two different shots together to produce one distinctive image, while 'Animated Photo' connects continuous shots of up to five seconds, creating a moving GIF file. For added realism, 'Sound & Shot' stores sound and voice together as the picture is taken, so moments are captured exactly as they happened.

For added personalization, Camera Studio allows users to easily customize settings with their most frequently used applications or camera modes, making sure their photos are captured exactly as desired every time.

The GALAXY NX will be available at www.samsung.com and authorized Samsung retailers in October for $1,599.99 (body-only) or $1,699.99 (bundled with an 18-55mm lens). For more information on the Wi-Fi version of the Samsung GALAXY Camera and the full line of Samsung digital cameras, lenses and accessories, please visit www.samsung.com.

Audio Glow Music Visualizer And Live Wallpaper Updated To 2.0 With Swipe Controls And A New ...