ARCHOS has announced its mobile strategy for the remainder of the year, highlighting tablets and smartphones that - hmm, to put this delicately - should appeal to a wide range of users. ARCHOS has been making Android tablets since before most of the major players, so it's typically worth checking out what they have to offer.

At the top of the list, we have the ARCHOS 101 XS 2, the successor to last year's ARCHOS 101 XS. This tablet comes with a quad-core processor and IPS screen. Like its predecessor, it still features a magnetic keyboard dock that doubles as a cover. The Platinum line of tablets continues with the 97b Platinum HD, which comes with Android 4.2 and a display resolution of 2048 x 1536. There's also an option for kids, the ARCHOS ChildPad, that will offer a customized interface, parental controls, and Google Play content filtering. 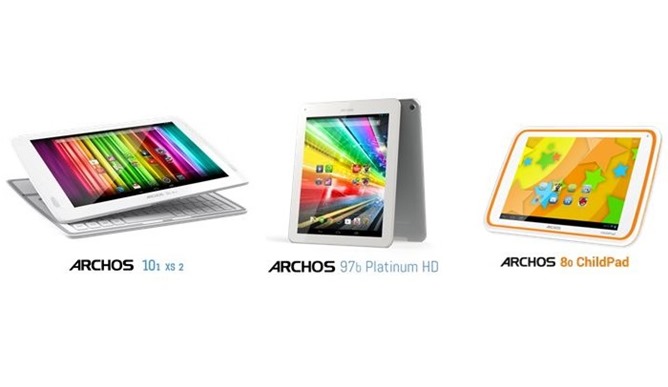 The company's new flagship smartphone is the ARCHOS 50 Oxygen, which comes with a 1.5GHz quad-core processor, an IPS display, 16GB of storage, Android 4.2, and a 13MP camera. The device will ship without any custom skins, something that should appeal to a great deal of our readers, but until we get price details, we're unsure if there will be any reason to buy this over a Nexus device. 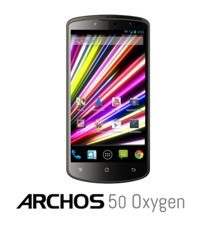 ARCHOS has also announced a successor to the GamePad, the creatively-named GamePad 2. No details have been provided thus far, but if it doesn't offer more storage space and a longer lasting battery, don't get too excited. The company will unveil more information about its product line at IFA next month, so we'll see what we find out then.

Denver, CO – August 29, 2013 - ARCHOS, a pioneer in Android™ devices, announces its tablet and smartphone strategy for year-end 2013.  Leveraging its four years of Android expertise, ARCHOS has optimized its product development aiming at offering innovative products based on Android and focused into the mobility segment, from tablets and smartphones to connected objects.

“This combination of innovation, value for money and rich product portfolio should allow ARCHOS to further increase its market share in the coming months,” said Loic Poirier, CEO of ARCHOS.

RENEWING THE THEMED TABLET RANGE: products designed for specific use

Unique to the new line of themed devices is a home screen application developed by ARCHOS that curates the more than 1 million apps inside of Google Play™. Here each user can discover a selection of apps that best fits the purpose of the tablet making it easier for the end user to find the right content.

The new ARCHOS ChildPad range features a user interface designed for kids, Google Play filtered for kids, full parental controls and will run Android 4.2.  Additionally, this range will feature the 101 Childpad designed to bridge the gap from the digital world of the tablet to content in the real world using magnetic figurines.

For gamers, the new ARCHOS GamePad 2 is the perfect combination of Android tablet and gaming console with access to thousands of the latest games. More device details to be released soon.

The new ARCHOS Smartphone line will include the Oxygen range, additions to the Platinum range and the Titanium range. All smartphones will feature pure un-skinned Android OS, Google Certification.

ARCHOS will further detail and unveil this product strategy on their stand at IFA .You can visit ARCHOS at IFA 2013 - Hall 17, Stand 106. More details will be provided upon each product release at www.archos.com.

In the near future, next steps in ARCHOS product strategy will be to enrich its smartphone lineup with the addition of 4G LTE models and to develop a full range of Connected Objects, including a unique Smart Watch concept.

The Room Updated With New 'Epilogue' Chapter, Teases The Upcoming Sequel Due Out 'Later This Year'