If you've been anxiously waiting for the chance to order up a Verizon Moto X, now is the time! The Moto X order page just went live on Verizon's website. If you want one as soon as possible, you'll have to buy online – Verizon won't have the device in stores for a few weeks. 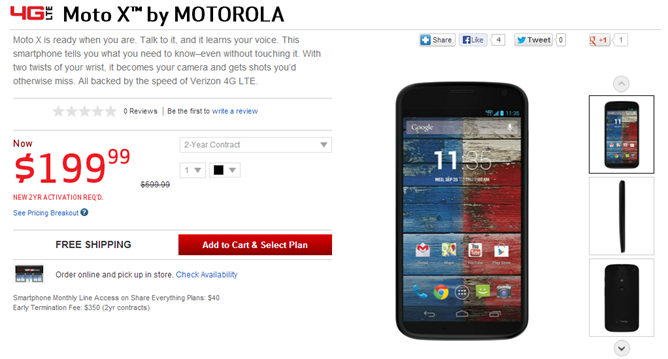 The Verizon Moto X is only available in black and white at this time. Also, there is only a 16GB storage option. Moto Maker is coming later, which is an AT&T exclusive right now. Oddly, the off-contract price is $20 higher on Verizon than it is on AT&T or from Motorola itself ($600). Also, in case you forgot, Verizon is stressing this phone was made in the USA. 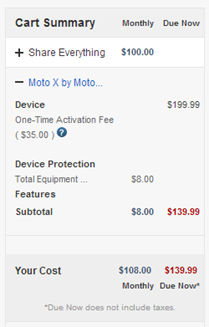 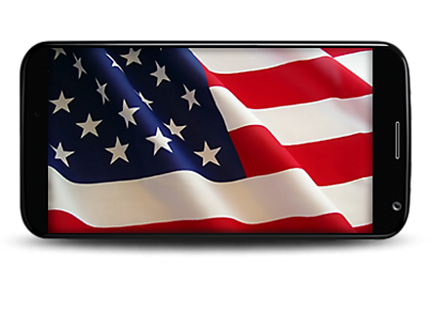 This might be your only chance to buy a phone from Verizon that has only a single tasteful logo on it. So, I would strongly consider this if I was on Verizon. If you take the plunge, enter VERIZON30 as the promo code. That will take 30% off the price, making your total for the device $139.99. That's a certifiable good deal.