While Twitter may be doing certain things to kill third party applications (or at least slow them down), it's also making strides towards bettering its own application, too. Take today's update, for example – it brings a few goodies to the table, most notably an improved conversation experience.

If you're familiar with Twitter in the slightest, then you're probably pretty used to seeing a tweet with an @mention and getting curious as to what the involved parties are discussing. Don't lie, either – you know that you've spent time hunting down all the tweets in the series to satisfy your own nosiness. It's OK, that's just human nature. If you watched the above video, then you'll know that Twitter is now making it easier to satisfy that craving by adding the ability to easily see all linked tweets in a conversation – even if you're not following everyone involved. Quick, easy, and simple. I like it. This also applies to the Twitter website, for those times when you'd rather get your fix on a bigger screen. 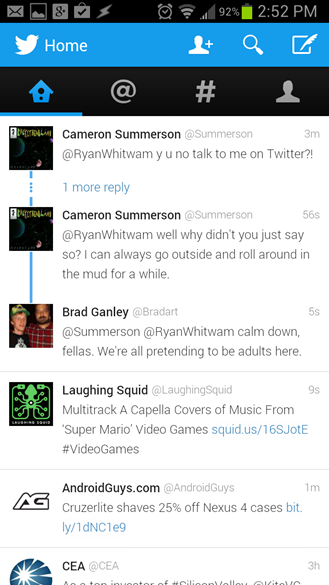 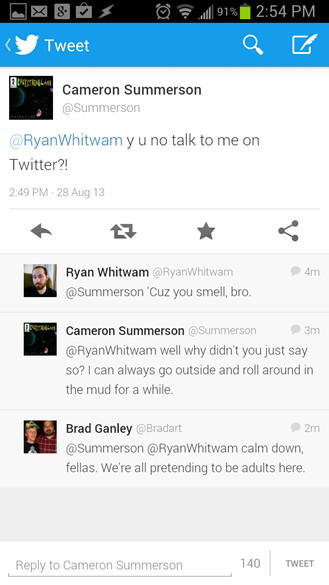 Other than a new way to approach conversations, though, this update also has a few other tricks up its sleeve:

Exciting stuff, no? Like so many these days, this one's a staged rollout, so you'll just have to wait your turn to pull it down. Sadface.

[New Game] Calling All Passengers For 'The Last Express,' The Latest Classic Game Port For Android