The recently refreshed ASUS Nexus 7 is now available directly from Google's Play Store in Europe in France, Germany, Japan, Spain, and UK as well as in Asia in Japan. Both 16GB and 32GB Wi-Fi-only variants are being offered - we're still counting down days till the launch of the LTE version.

The 5 new countries join the 2 existing ones (U.S. and Canada) for a grand total of 7. Compared to the 2012 Nexus 7, we're still missing Australia, South Korea, and India, so it's possible we're going to see the list expand soon.

As for the rest of the world, Google and ASUS will likely opt in for the partner store distribution model, skipping the Play Store altogether. That may not be such a bad thing, however, as the Play Store doesn't have the best reputation for shipping costs, delivery speeds, discount availability, and customer experience in general. In fact, if you can find the same device in a nearby shop or at another etailer for a similar price, I'd recommend going with those instead.

The price breakdown for today's release is as follows: 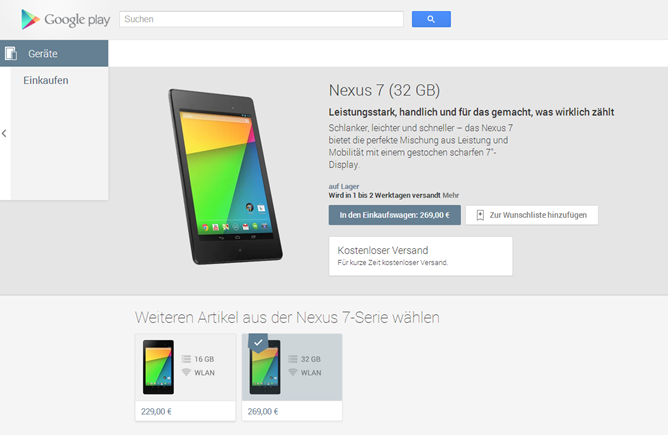 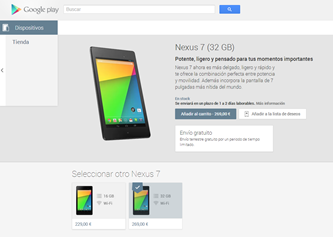 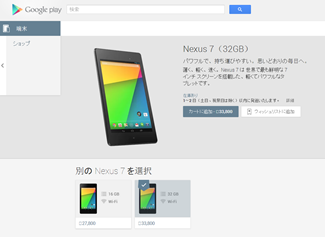 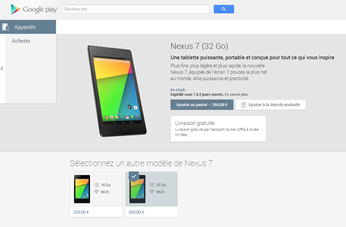 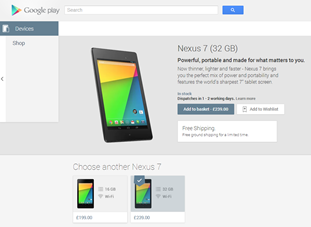 So, who's picking one up?