There's a new app available from the San Francisco Metro Transit Authority: an official Muni bus guide called Muni+. It's available right now for Android and iOS. And this dual release seems to have given the promotional department a bit of a problem. See if you can tell what it is by looking at this freeze frame of the new TV commercial now airing in the Bay area. 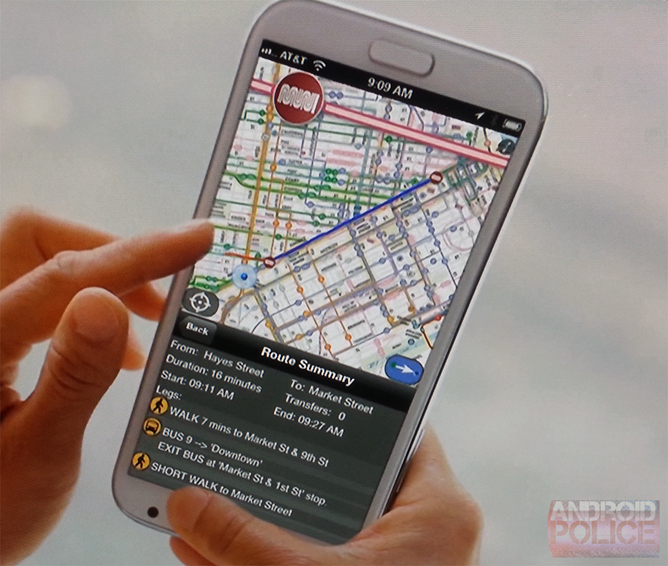 If you said "that Galaxy Note II is upside down for some reason," you're absolutely right. The model appears to be trying to get to the homescreen via the earpiece. If you said that it's not running Android, you're doubly right: that Note has a serious identity crisis, because it's displaying the iOS version of the Muni+ app. We're not normally so quick to judge those who are less technical than ourselves, but you'd think that in a city that houses more technology companies than steakhouses, someone would have spotted the error.

Oh, and in case you're wondering, the new app is getting slammed in early Google Play reviews. It's a good thing that there are plenty of unofficial alternatives.