It should come as little surprise that many of us who own multiple Android devices trust Google to tend to much of our music streaming needs. Even if you don't subscribe to All Access, Google Music offers one of the easiest ways to access your personal collection across multiple devices, including smartphones, tablets, and PCs. But what about your TV? Your Xbox 360? If you want to stream music from Google on devices that aren't officially supported, Cast To UPnP/DLNA For GMusic, from the developer of BubbleUPnP, has you covered. 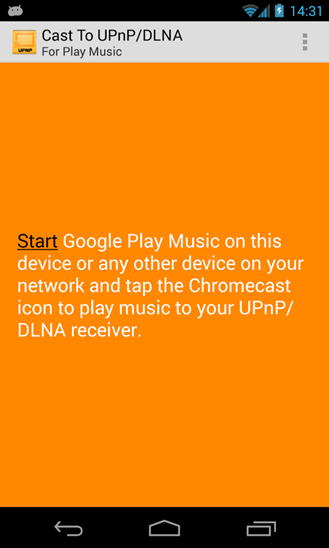 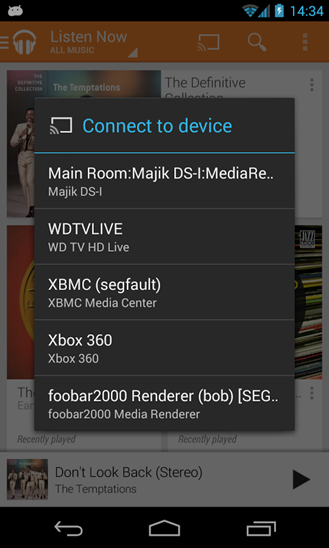 As the screenshots show, this app makes streaming music to supported UPnP/DLNA devices as simple as connecting to a Chromecast device. In fact, the app relies on the same icon and menu, so it should feel familiar to anyone who already has a Chromecast or two on their network. The developer has provided a video showing just how quickly and easily the app is supposed to work, demoing it streaming from Play Music to an Xbox 360 and XBMC.

Cast To UPnP/DLNA For GMusic is free to download, but the free version only allows twenty minutes of streaming per app launch. You can remove this restriction by buying the unlocker within the app for $1.99.

Stupid Patent Troll Trolling A Bunch Of App Developers Because It Thinks It Owns The Idea Of ...