Snapchat is now the latest prominent app to start using the Play Store beta testing mechanism to get new features in front of users sooner, something we've also seen from Facebook. If you haven't already heard of Snapchat, think of it as a service that could have saved Anthony Weiner a great deal of headache. Users use it to send photos, videos, and text messages that automatically delete from the recipient's device and the server after a set amount of time. New features that can currently be found in the beta include Swype keyboard support and a new size-sensitive drawing canvas. If you want in on this action, here are steps straight from the Snapchat team:

To install the beta: 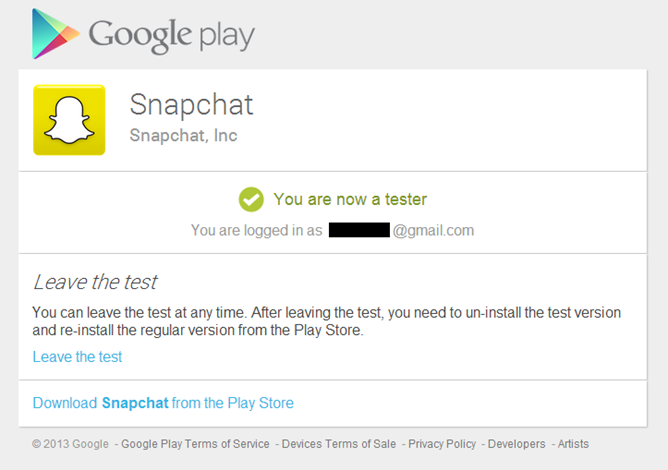 After completing these steps and re-installing the app, you should see a "Snapchat Beta" option under settings. Dig around here to find the features exclusive to beta users. And while you're checking these features out, be a good beta Samaritan and report any instability you encounter. Hopefully one bug won't be the failure to delete that picture of you that, in retrospect, you probably should not have shared. Oh well, at least you didn't tweet it.