The built-for-kids tablet market is growing at a pretty rapid pace, with companies like Fuhu and OLPC leading the pack – until now, anyway. Samsung just announced the newest member of the Galaxy family: the Galaxy Tab 3 Kids. This is Samsung's first real foray into the world of children's tablets, but judging by the included software features, it looks like the company is coming out swinging.

The GT3K will come pre-loaded with "top ranked" children's apps and a Kid's Store filled with specially curated software to "drive the educational possibilities of technologies for kids." Like with Fuhu's Nabi line of tablets, parents will be able to select all of the apps that they want to be available for their kids – the rest will be hidden.

Taking a page from the Kindle Fire HD, the GT3K will also feature time management software, allowing parents to set specific time limits and allowable periods. Once time is up, the tablet locks itself down and requires a password to be unlocked. 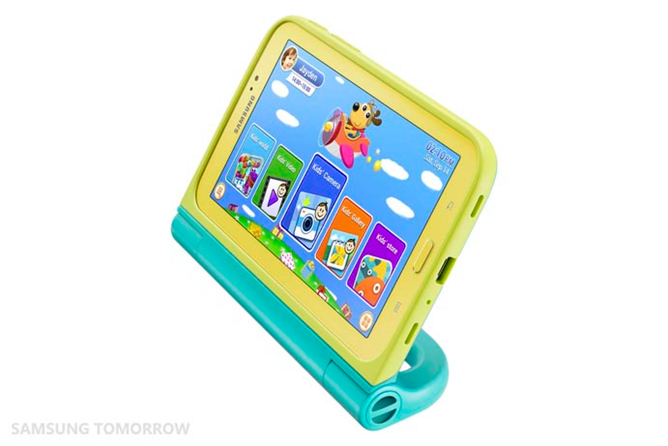 On the hardware front, the GT3K features modest specs for a device build specifically for kids: 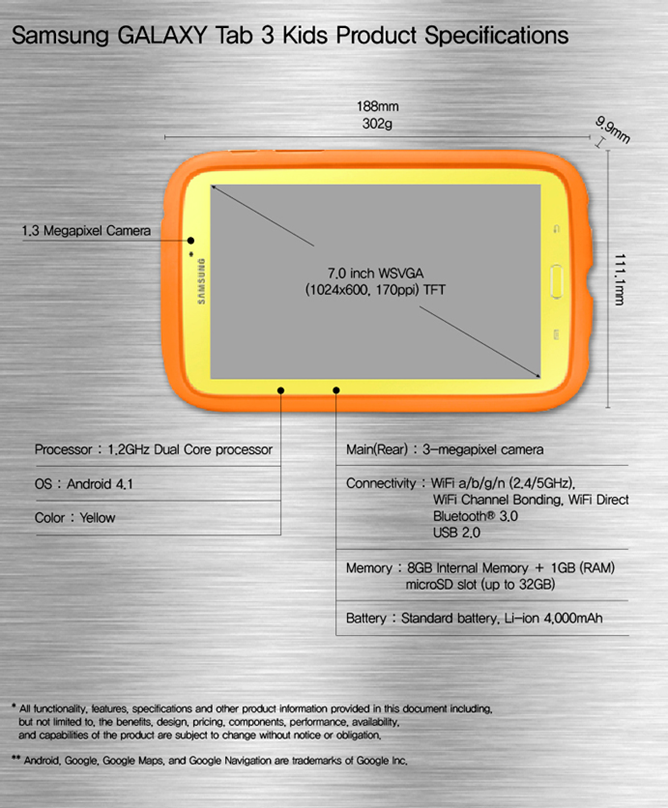 At launch, a case with "kid-friendly grip and multiple stand options" will be available, along with a C-Pen stylus for drawing and writing on the device.

The Galaxy Tab 3 Kids will be available starting with Korea in early September and will spread to China, Europe, the U.S., Africa, South America, and South East Asia from there. Pricing hasn't yet been announced.