My first two smartphones, the Milano and the Rise, were both made by Kyocera, so I have a soft spot for the brand. The company's handsets generally may not be high-end, or even midrange, but they're good for average folks who don't live and die by the number of pixels their phone is able to push or flip tables if there's a momentary stutter when switching between home screens. Kyocera's latest offering, the Hydro ELITE, will launch online at Verizon Wireless this Thursday, August 29th, and it's quite an improvement over the company's usual offerings. 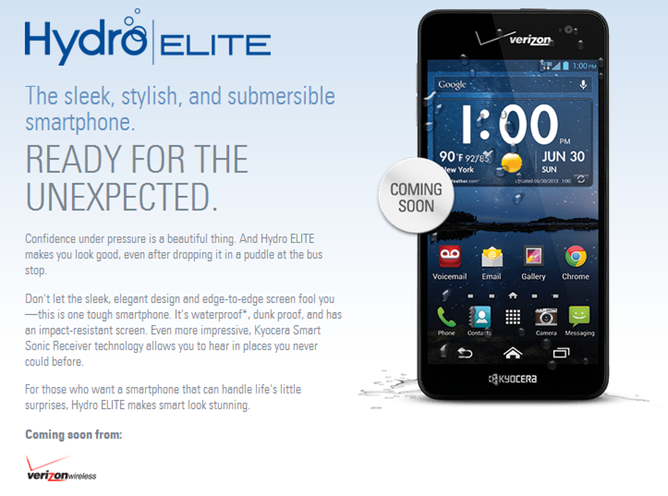 Kyocera's devices typically leave much to be desired, but the Hydro ELITE is a big step up from its predecessor. With a 4.3-inch 720p display and a 1.5GHz dual-core Snapdragon processor, this looks to be a handset that dedicated Android users can whip out around their tech savvy friends without embarrassment. This is especially true when you consider that most of the competition still lacks support for Qi wireless charging and won't work in the pool or bathtub. This waterproof handset can handle being submerged under three feet of water for up to thirty minutes. 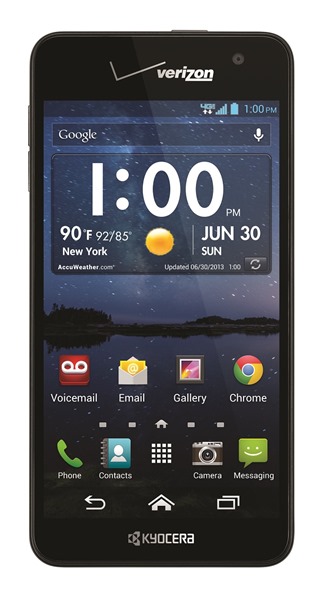 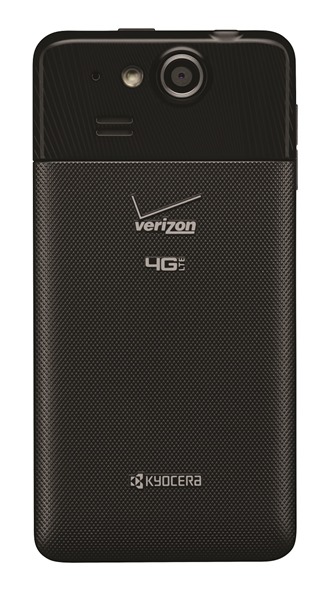 The Hydro ELITE is powered by a 2100 mAh battery and comes with a microSD card slot to complement its 16GB of internal memory. If you think Jelly Beans (4.1) taste best with water, this phone will set you back $99.99 after a $50 main-in rebate on a two-year contract.

Going Waterproof with the Hydro ELITE by Kyocera

When it comes to waterproof smartphones, style and protection are no longer mutually exclusive.

The new waterproof Hydro ELITE by Kyocera is a sleek, global-ready 4G LTE Android smartphone with a 4.3-inch HD display. The device offers protection from blowing rain and immersion in up to 3.28 ft. (1 meter) of water for as long as 30 minutes.

Why opt for a waterproof phone? Analysts say that nearly 100 million smartphones in the United States have been destroyed by liquids to date. The list of everyday hazards waiting to wreak havoc on mobile devices is endless – rainstorms, sinks, puddles, sprinklers and even the dreaded toilet.

The Hydro ELITE, however, isn’t just designed to keep water out. It’s also optimized to get sound in with Kyocera’s award-winning Smart Sonic Receiver technology. This ceramic actuator replaces the phone’s speaker and transmits sounds as vibrations, making the phone audible even in the noisiest environments.

Those new to Android or who just crave simplicity can choose to use Kyocera’s new optional and easy-to-use “Starter Mode” user interface, with features like a tap-based menu, large fonts, and large intuitive graphics.

Hydro ELITE also features wireless charging, Touch-and-Send NFC sharing, plus Eco Mode with MaxiMZR power-management software to maximize the phone’s large 2100 mAh battery. It has an 8-megapixel HD camera plus a 1.3 megapixel front-facing camera for selfies and video chats with friends. It supports up to 32 GB of expandable memory for music, photos or videos.

The Hydro ELITE by Kyocera is available online starting Aug 29 for $99.99 after a $50 mail-in rebate with a new two-year customer agreement.

Built to survive the rigors of everyday life, Hydro ELITE is launching with a little help from extreme-survivalist Bear Grylls – star of television’s hit new series “Get Out Alive” and the father of three active boys. Watch Grylls showcase the device’s unique protective features and Smart Sonic Receiver technology on Kyocera's YouTube channel.