Welcome to the latest entry in our Bonus Round series, wherein we tell you all about the new Android games of the day that we couldn't get to during our regular news rounds. Consider this a quick update for the dedicated gamers who can't wait for our bi-weekly roundups, and don't want to wade through a whole day's worth of news just to get their pixelated fix. Today we've got a universally famous beat-em-up, a physics puzzler with an obvious inspiration, and a unique platformer with marble game roots. Without further ado:

He-Man: The Most Powerful Game [In The Universe]

Normally we're a bit skeptical of licensed games, but this revival of the famous kid's cartoon comes from Chillingo, a developer with a few decent games under its belt. Plus, it's freakin' He-Man - there's no property in the universe that's better suited to an over-the-top side-scrolling brawler. Fight as He-Man and She-Ra through 27 stages lovingly inspired from the original Masters of the Universe. The game seems to be having some initial trouble related to the recent Package File Invalid issues, but it's gotten a great reception on iOS, so I hope they'll fix it up quickly.

Little Galaxy answers the eternal, burning question faced by the literary world: what would happen if the Little Prince had rocket boots? The answer is fairly obvious. This stylish take on fantastic space physics is part Angry Birds: Space, part Mario Galaxy. You've got to get to the end of each stage with carefully-timed jumps, making cunning use of the gravity from stars and local planetoids.

Little Galaxy is a game inspired by a real story of a young scientist, who reached out for his dream to find a new home. We have met this boy and were touched by his story as he lost everyone and everything, we are trying to help him to build functional prototype of jumping space boots so he can start his journey. We ran out of money and because we are definitely better at making games than building strange space travel prototypes, we have made this game. We want to use it to get the necessary funding to help him. Please help the boy and please help us to spread the idea of space jumping! 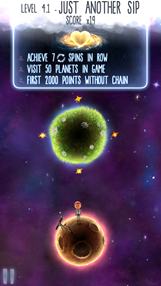 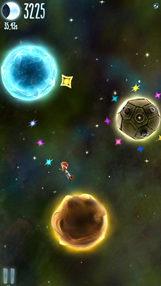 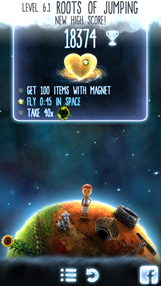 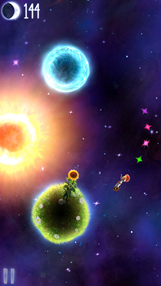 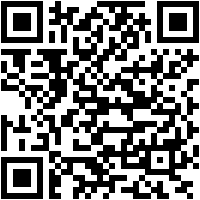 Gravi isn't quite like anything I've seen before: it's a strange mix of platforming, physics puzzles, and marble games. You're a sentient ball of, uh, stuff, trying to escape a test facility being pursued by a Bizarro World version of yourself. You'll use a little gravity tether to hop and jump around the levels, avoiding traps and generally Tarzanning your way through life. 40 levels culminate in a boss fight with the evil Anti-Gravi - check out the trailer for some pretty decent animated storytelling.

Gravi is an intense puzzle-platformer that will test your tolerance for pain. Shoot and swing your way towards victory as Gravi, an adorable blue ball of energy. While you’re launching through terrorizing traps and bending gravity to your will, Anti-Gravi, an atomic ball of rage, is barreling down on your position.​ After losing yourself in the ridiculously trap-filled underbelly of an alien test facility, you must use your wits and perseverance to solve a series of perplexing puzzles. Along the way, your limits will be put to the test by all sorts of absurdly dangerous hazards. 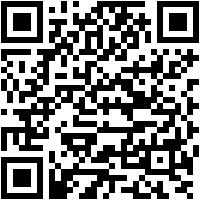