The Google Search 2.7 APK teardown is now officially the longest one in the history of Android Police. We find a bunch of interesting things, post about them, continue digging, and what do you know - keep running into new stuff. I'm fairly positive there won't be part 4 this time around, as we've squeezed out every last drop from v2.7, but as they say - never say never.

If you haven't read the first two parts yet, you should do so now to cover the bases. Part one talks about custom hotwords, automatic language pack updates, photo downloads, and a bunch of other things. Part two concentrates on a much-wanted feature that lets you use the hotword as you perform multiple searches without having to touch the device.

Part three, below, will introduce several new currently hidden discoveries that we were able to unearth after careful APK surgery. I mentioned that we were going to take the APK teardowns to a new level after Ron's departure, and I think we're delivering on that promise. You are not only getting string fragments but also actual UIs of all the hidden stuff. And if I know anything about the Internet, it's that people love pictures.

But before I talk about the new features, I'll also expand on a few that were uncovered in previous roundups. Oh, and for the grand finale - Japanese Fireworks. Wait, what? Yeah, that's what I thought.

In part 1 of the teardown, I found a whole bunch of files and assets related to training questions of yes/no and multiple choice varieties. Turns out, these are already live and have been since Search 2.4, except in Search 2.7, there are even more of them. I'm not exactly sure why there were so many new files in 2.7 - perhaps it was just code refactoring or maybe the logic was moving from the server to the app...

The idea of training is simple - tap the little (i) symbol in the top right corner of most cards, and you will not only see more information about why a certain card popped up, but can also make various decisions that affect it.

For example, when a calendar notification popped up, Search 2.6 told me that the event was in my calendar. Search 2.7 not only tells me which calendar, but also asks whether I want to see events from that calendar in the future. Considering that the Next appointment card now lets you select calendars, this tweak makes a lot of sense.

Below, you can see examples of both the yes/no and multiple choice UIs. I think we can mark the training questions mystery as solved. 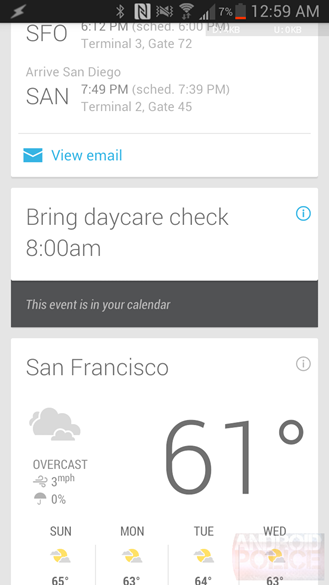 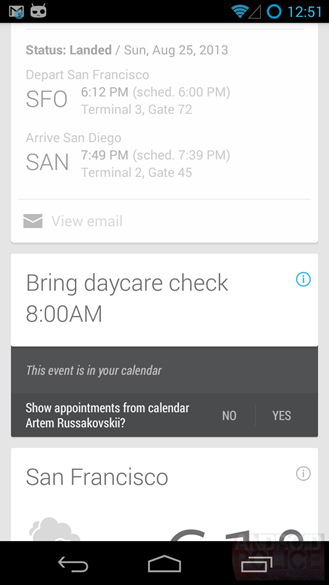 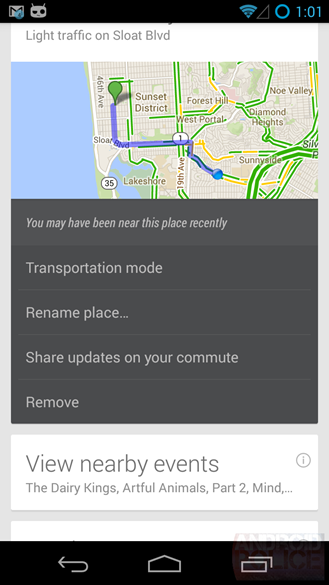 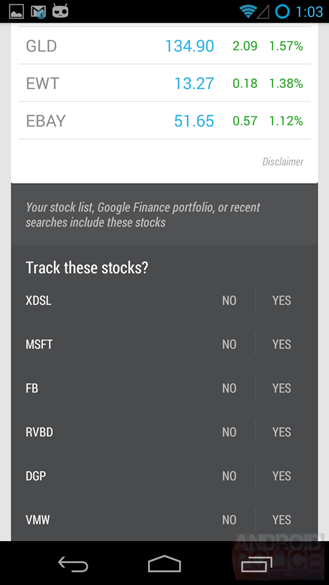 The UI for auto-updating languages

Remember how I told you the upcoming language auto-update functionality will come with a new tab in the Download Languages screen? Now we have the full visual of what it'll look like: 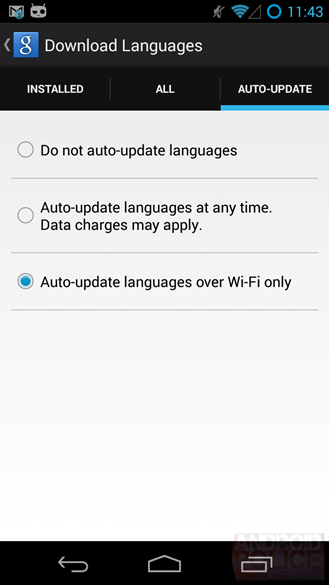 More new stuff that may be coming at some point

Let's move to more interesting things, shall we? I think #1 is the most significant one, although the rest were way too much fun to discover and visualize.

Reminders when leaving a location

In part 1, we had a hunch this feature might be coming (remember REMINDERS_LEAVING_TRIGGER?), but now we know what the UI is going to look like (note the addition of the Arrive/Leave box that's not currently present). Handy, no? 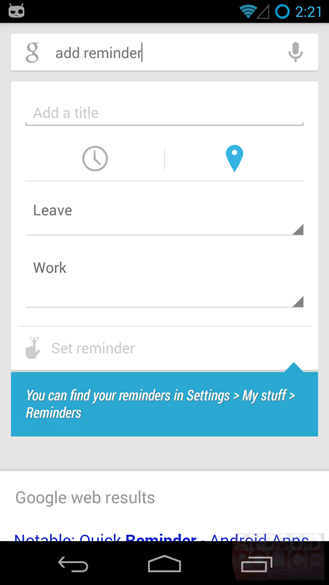 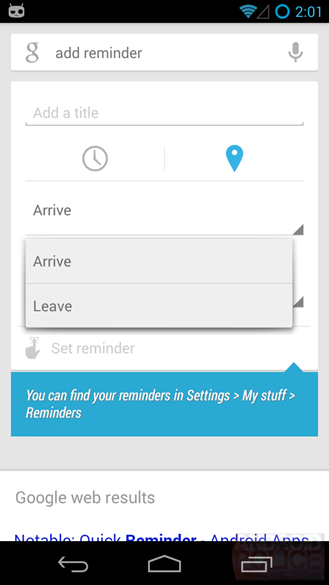 Back in April, in the teardown of Search 2.4, Ron found references to a possible Website updates card which would presumably act as a pseudo-RSS reader for websites you visit frequently. Later on, he also found that Google introduced support for experimental cards and internal API cards in Search 2.6.

We've now figured out a way to enable them, which in turn let us visualize what they look like and everything that toggling them reveals. I still remember my heart skipping a beat at the exact moment the extra Internal API Cards menu appeared.

As you can see, the experimental Website updates card is alive and, unfortunately, is the only experimental card in the list. Boo! I was hoping to see the next several here. I haven't seen it pop up, so I'm not sure exactly how it'll work - all we have here is the setting toggle: 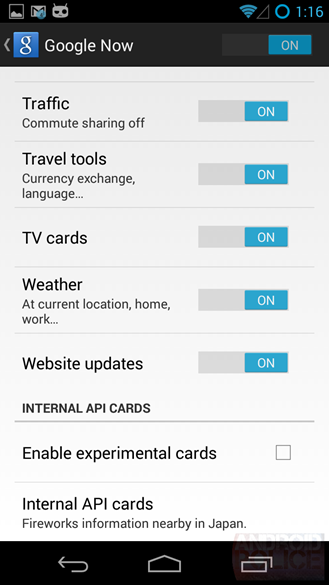 Now about those internal API cards... Unlike regular cards, these seem to reside entirely on the server at the moment, and there seems to only be one. I literally have no comments outside of "Wat?..", so I'm going to end this post with it and hope that we'll also see this list get a bit less empty in the next few months.

Update: Here's a wild speculation - could we be looking at a possible future Google Now cards API that's being tested internally? That would take Now to a whole new level. Imagine if developers could create their own cards - the possibilities would be endless, it would be a true Google Now revolution. 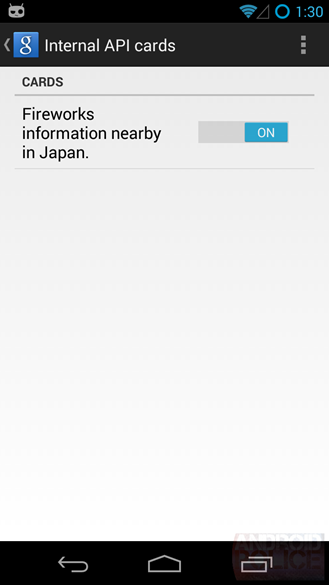 Santiago Rosales and Paul Price contributed to these discoveries.

Contra: Evolution Review: Just As Frustrating As The Original, But For Different Reasons